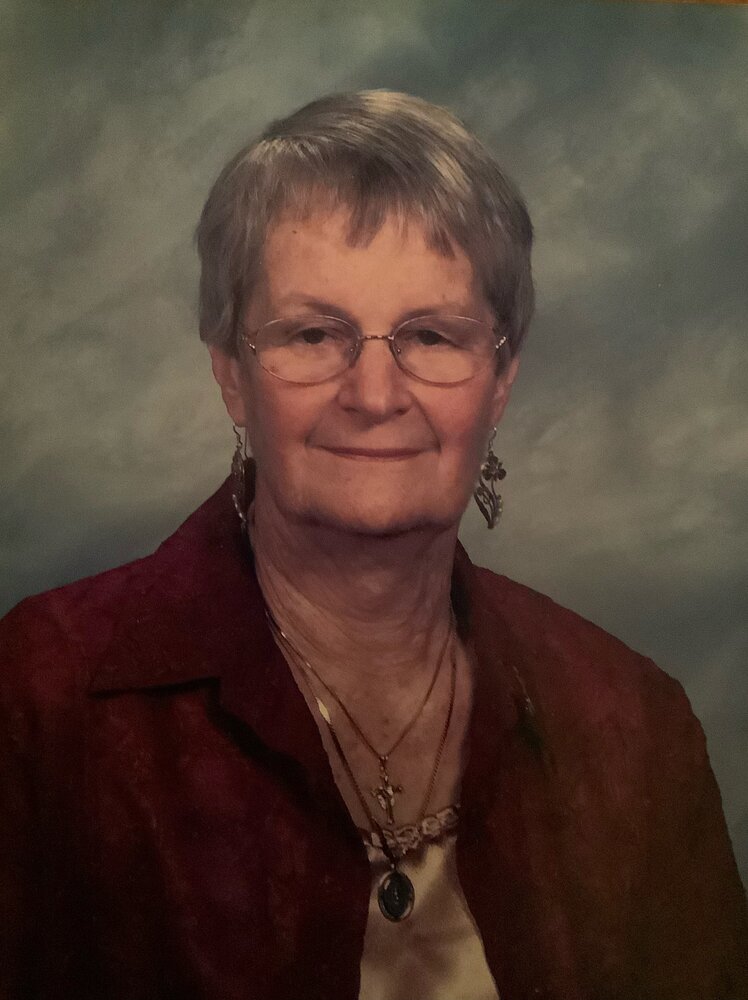 Florence Banchy went home to the Lord peacefully and in the presence of some of her family at 9:12 on January 15, 2022. Several daughters and grandchildren sang hymns to lead her into heaven. She is survived by 8 daughters and one daughter-in-law: Susie (Al) Riendeau; Patti Arteaga; Kathie (Ron) Caprilla; Debbie Banchy Curren; Mary (Gary) Snyder; Peggy Banchy; Helen Wertheimer; Betsy (Jim) Lindsay; and Angie Hochstetler. She is also survived by 16 grandchildren and 25 great-grandchildren. She is reunited with her two sisters, Susan and Mary Clare, and our brother, Butch (George) who preceded her in death.

Florence was born in Portsmouth, Ohio on May 3, 1925, to Josef and Hedwig Binder, immigrants from Germany. Florence spent over a year in Germany and completed her freshman year there. When she returned, she was given credit for German history as well as an accelerated language course in German. She graduated in May of 1943 from St. Mary’s High School. Florence worked in a bank for $100/month after she graduated from high school. She met George Banchy at a dance in 1946 after he was discharged from the Navy. They both lived on 7th Street in Portsmouth, Ohio. They were married on April 12, 1947.

Florence was a hard-working intelligent woman with a heart of gold and the patience of Job. She was well versed at any task that she took on. She loved creating anything with fabric. She got her sewing talent from her mother and could make anything – hats, crowns, gowns, coats, wedding dresses, and underwear to name a few. She just needed a picture of what you wanted, and she’d think about it then whip it up. She was an incredible handyman and got her mechanical ability from her father.

George and Florence ran a small mom-and-pop store in Portsmouth, Ohio called the Park Shop where Mom worked in the evenings and did the accounting on the weekends while raising 9 children.

They moved to Florida in the summer of 1967. They ran a 7-11 franchise for over 10 years. After the conclusion of the 7-11, Florence became the Deputy City Clerk for the town of West Melbourne. After her retirement from the town of West Melbourne, Florence enjoyed creating with fabric and being involved with the Woman’s Club at Our Lady of Lourdes. Florence was a devout Catholic, an amazing seamstress, an incredible mom, and a friend to many. The world was blessed by her presence and is a better place because of her. She was a wife, a mother, a friend, a fearless warrior and she could fix anything except maybe a broken heart. There are 8 daughters with broken hearts because she’s gone from our presence. We have a glorious hope of seeing her again.