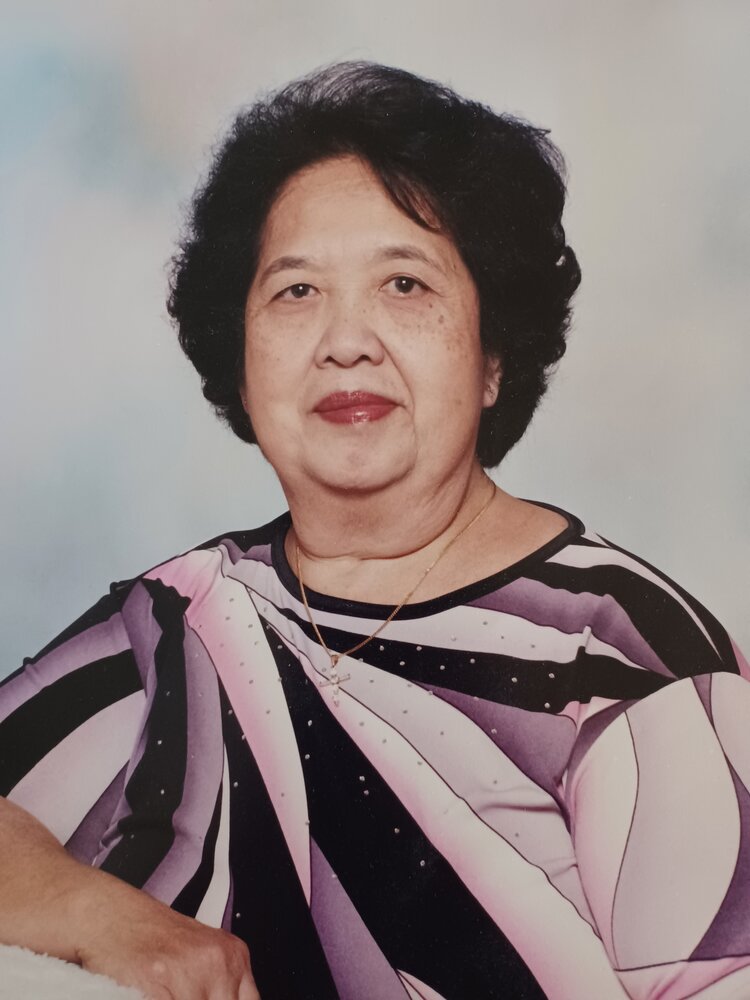 Prettijana Mudhita Sugito, of Melbourne, Florida (USA), affectionately known as "Oma", "Etti", or " Anna", was born on November 15th, 1938 in Jakarta, Indonesia. She passed away in peace, surrounded by family on January 7th, 2022 at the Shands University Hospital in Gainesville, Florida, USA.

Oma was the devoted wife and widow of her late husband Karel Sugito of Indonesia and beloved mother of three- Jeanny Sugito of Melbourne, Florida, USA, her late son Franky Sugito, and Henny Sugito of Toronto, Ontario, Canada. She was the loving, proud and doting grandmother of six grandchildren- Johnannes Rusli and Sean McCarthy of Melbourne, FL; and Axel Thomas, Bryan Thomas, Christopher Thomas, and Devira Thomas, all of Toronto. Wherever Oma went with her daughters, Oma would always be sure the grandchildren had enough to eat, would secretly slip them a secret gift of cash, a gift, candy or both and expressed her concern that they were dressed warmly enough and safe while playing whenever she watched them. She radiated unconditional love to the grandchildren, no matter what. Oma was the second oldest of nine siblings, but more, she acted as both sister and mother for her younger siblings, the next youngest of whom was separated by ten years, who all looked up to her for guidance and advice growing up, and who now sorely grieve her loss. These are Thomas Tanunagara (of Toronto, Canada, deceased), Freddy Mudita (of Toronto, deceased), Paul Polax (of New York City), Donald Mudita (of Jakarta), Betsy Mudita (of Toronto), Ronald Mudita (of Jakarta), Angela Tedjo (of Toronto), and Jeffrey Mudita (of Toronto).

Beyond her large and extended family, Oma was beloved by countless friends from within Central Florida, the local Indonesian community, as well as the extended community she was part of in upstate New York and Maryland from her frequent moves as a military dependent of her daughter and son-in-law who served in the active duty US Army.  Everywhere Oma went, she was beloved by countless friends who all came to visit, usually excited to see her with gifts of food and friendly conversation. Oma leaves us a legacy of sweetness, kindness, humility, meekness, and above all the great quiet love she exuded, especially for her grandchildren. She will be missed and grieved by all, at home and abroad, near and far.

The viewing/visitation is available at Ammen Family Cremation and Funeral Care at 1001 South Hickory Street in Melbourne, FL from 4:00- 7:00 P.M. on Wednesday, January 12th. A funeral mass will be offered on Friday, January 14th at 1:00 P.M. at Our Lady of Lourdes Catholic Church on Hickory Street in Melbourne, FL after which Prettijana will be laid to rest in Florida Memorial Gardens In Rockledge.

Share Your Memory of
Prettijana
Upload Your Memory View All Memories
Be the first to upload a memory!
Share A Memory