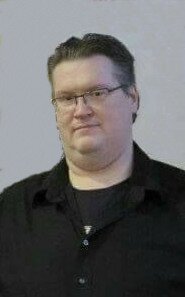 Kevin graduated from Faith Christian School in Collingswood, NJ in 1986 and the Restaurant School in Philadelphia with his degree as Chef de Cuisine and Culinary Arts. As a teenager he traveled to Nairobi, Kenya and to East Africa Bible College on a mission trip with the Independent Board of Presbyterian Foreign Missions. He loved to fish with grandfathers, cook, and he enjoyed his collection of guns.

Kevin worked at West Jersey Hospital as a teenager; the Mansions in Voorhees, NJ; Classic Cake in Cherry Hill, NJ; Bookbinders in Philadelphia as their pastry chef; and later opened his own bakery La Dolce Vita in Merchantville, NJ. He also worked as a sales associate recently at Erdmans Nissan in Cocoa, FL.

He has been ill at home for the past 2 and a half years when his Lord suddenly took him home. He attended the Grace Bible Presbyterian Church in Cape Canaveral, FL.

Homegoing service will be at Grace Bible Presbyterian Church January 15 at 1:00 P.M. In lieu of flowers, gifts may be given to Pensacola Christian College for Brittany Whitbeck's tuition at 250 Brent Lane Pensacola, FL 32503 att: Financial Department.

His favorite Bible verses were Proverbs 3:5 & 6.