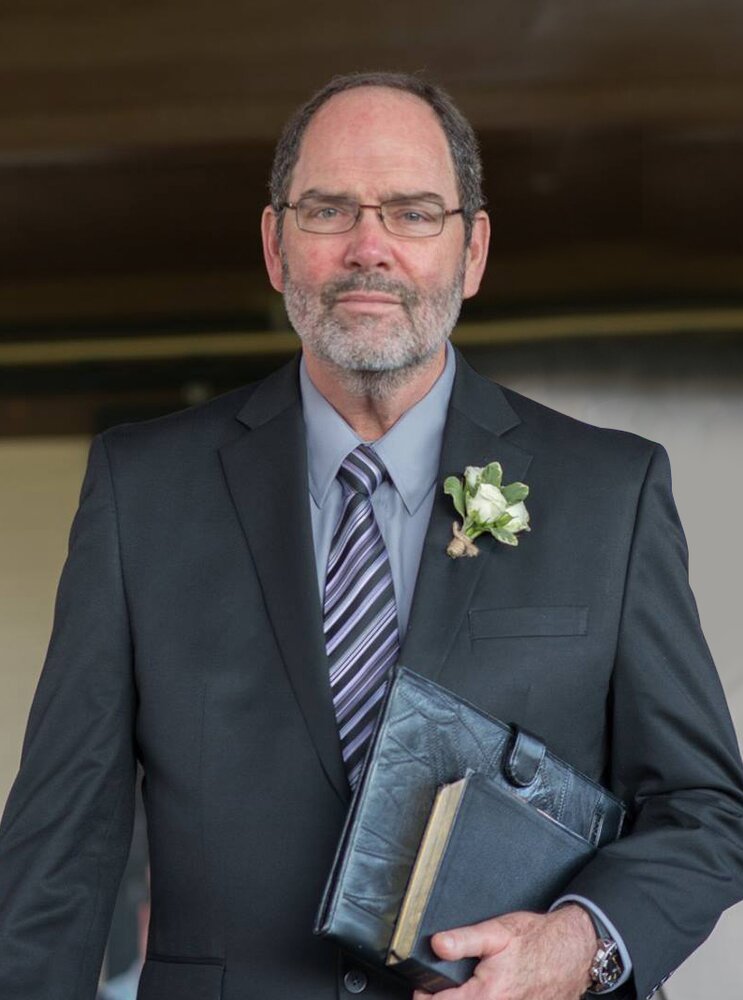 Curtis was born on July 10, 1961, in Bloomington, Indiana to Bruce and Ann Deming. He grew up in Cocoa, FL, later relocating to South Carolina, where he graduated from Brooklyn-Cayce High School in 1977. Curtis went on to study Government and International Studies at the University of South Carolina and graduated with a BA in 1980. He married Gina Padgett in 1982, and they remained in the Columbia, SC area until relocating to Melbourne, FL in the early 1990's. He later earned an MA in Leadership from Asbury Seminary in 2011.

Mr. Deming was a well loved teacher, pastor, and mentor to many in the community. He was the founding Teaching Pastor of Melbourne Community Church, a congregation he loved and served to his final days. In addition to his pastoral role, Mr. Deming was a high school teacher for nearly 35 years. He taught a variety of courses, with a focus on AP History, to students at Convenant Christian School for 18 years, and most recently, Calvary Chapel Academy.

Curtis is survived by his wife of 40 years, Gina Deming; his mother Ann Blaylock; his brothers Drew and Todd; his mother-in-law Mary Padgett; his son and daughter-in-law Andrew Deming and Rachel Gant; granddaughter Lilja; and his beloved cats: Toby, Beatrice, and Kevin Wilson. He was preceded in death by his daughter, Allison.

In lieu of flowers, please direct donations to: melbournecommunitychurch.org

Share Your Memory of
Curtis
Upload Your Memory View All Memories
Be the first to upload a memory!
Share A Memory