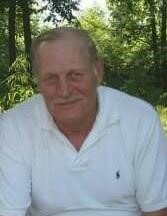 Raymond Francis (Wojcukiewicz, Jr.) Dawson, 75 of Rockledge, FL passed peacefully on Sunday, October 31st after a long illness. His wife of 21 years, Barbara was at his side.

Ray proudly served his country in the U.S. Army, 101st Airborne Div. and was an original member of the Tiger Force RECON Group in Viet Nam.

Ray spent most of his adult life working in the construction field in and around Paducah, KY, Kansas City, Mo., Kansas City, KS. He had his hands in multiple major projects including but not limited to the Paducah Riverfront where he cut a significant hole in the flood wall, and CSI Computer Sciences Building. MCI airport remodel and remodel of several area schools on both Kansas and Missouri sides. He worked as a traveling superintendent for Schweiger Construction for 3 years before retiring in 2009.

He is greatly missed.