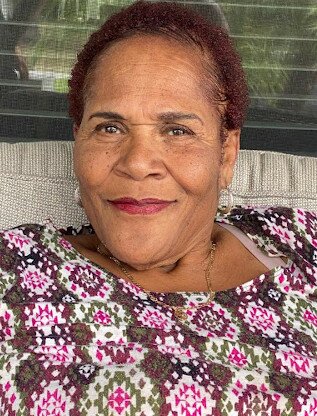 Mrs. Betty Joyce Lacy was born on October 16, 1943, to Binnie White and Mavis Scarbrough White. Betty Joyce, affectionately known as BJ, was born and raised in Hattiesburg, Mississippi where she met and married the love of her life of 57 years, Willard on July 24, 1965.

A humble and loving person, BJ was the second oldest of 16 children- she was an accomplished woman. She enjoyed sewing, gardening, and fishing. Driven by determination, she had a passion for both singing and education. At 18 years of age, she was the lead singer for a gospel group called, Psalms Jubilee. Shortly thereafter she met her husband, Willard, and started traveling the world as an Air Force spouse. Between duty stations, she managed to continue her educational goals as she worked a plethora of jobs. She attained her GED in the early 70’s in Albuquerque, New Mexico. A few years later she attended Bryant and Stratton College in Buffalo, NY where she took Data Processing courses. In, 1975 she received her Cosmetology license in California while stationed at Beale, Air Force Base.

In her professional life, she worked in the medical field at Madigan Hospital Fort Lewis, WA. She later relocated to Virginia and was employed at Chesapeake General Hospital as a Central/Operating Room Supply Tech for 5 years before retiring.

BJ was preceded in death by her parents, Binnie and Mavis White, sisters Ann White and Stella Carter, her brothers Ollie, Michael, and Benjamin “Buddy” White.

Sophia Lacy is inviting you to a scheduled Zoom meeting.