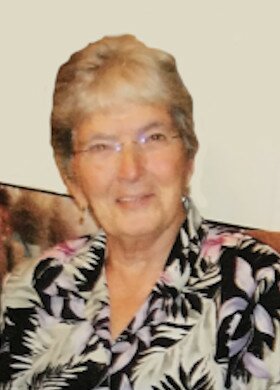 Obituary of Dorothy A. Moody

Dorothy A. Moody passed away peacefully on October 22, 2021, at the Willam Child’s Hospice House in Palm Bay FL.  She was 87 years old.

Dorothy was the devoted wife of William W. Moody of whom she shared 64 years of marriage.

She was born in Wyndmoor, PA.  She lived in Horsham, PA for many years raising her family and working many positions at the Hatboro Horsham School District eventually retiring as Transportation Secretary. She was a huge asset to the School District as well as the Horsham Community.

Upon retirement to Melbourne, FL Dorothy was a master in crafts, knitting, crocheting,  decorating, and spending time with her family. She had an unforgettable laugh and a joyous personality.

In addition to her husband, Dorothy is survived by her loving sons William (Vickie), Richard (Lisa), and a sister-in-law Betsy (Marty) many nieces, nephews, grandchildren, and great-grandchildren.

She was preceded in death by her father and mother William and Amelia Egner five brothers William, Harry, Vince, Ed, and Joseph, her son David William, and her sister and brother-in-law Ethel and David Drysdale, grandson Jacob Moody, and most recently her granddaughter Melissa (Moody) Thompson.

Services will be held at a later date

Share Your Memory of
Dorothy A.
Upload Your Memory View All Memories
Be the first to upload a memory!