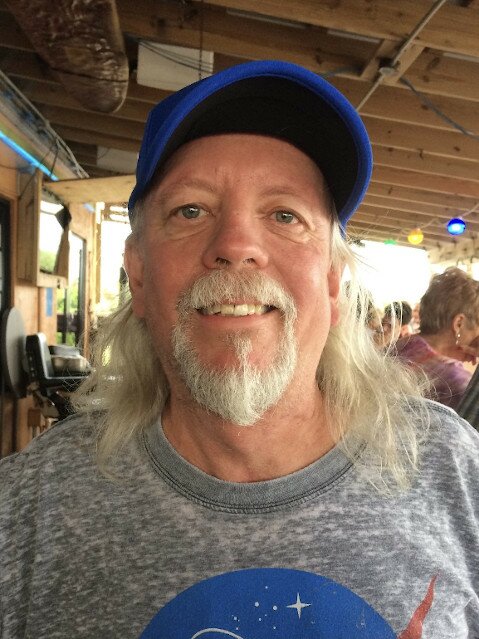 Obituary of Douglas A. Galloway

Douglas "Doug" Galloway, 62, passed away at home on October 24 with his wife of over 34 years by his side. Having earned an A.S. degree from Brevard Community College in 1986, Doug worked as an electronics technician for many years.

Born in Montreal, Canada, to Elizabeth and H Sydney Galloway, Doug was the eldest of four children. Doug grew up in Ontario, Canada where he had a large circle of childhood friends whom he stayed close throughout his entire life. Doug will be remembered as a happy positive person who loved sports and rock and roll.

In his early teens, Doug began to play bass guitar. Doug players in clubs across Canada, as well as clubs in Melbourne, FL. It was at a gig in Hamilton, Ontario that Doug met the love of his life, Shelley Poore. Doug and Shelley had no children but enjoyed a lifetime of adventure together. Doug is survived by his wife, Shelley; brothers, Ian and Robb Galloway; sister, Bonnie Galloway; Aunt Aileen Striker; cousins, Liana, Richard, and Arthur as well as many sisters and brothers in law and many nieces and nephews. Doug was predeceased by his uncle Robert Striker.

A service for Doug will be held on Monday, November 1, at Ammen Family Cremation & Funeral Care, 1001 South Hickory Street, Melbourne, Florida 32901. Viewing from 1 pm- 3 pm, service to begin at 3 pm; in lieu of flowers, please donate to your favorite charity in Doug's honor.

Share Your Memory of
Douglas A.
Upload Your Memory View All Memories
Be the first to upload a memory!