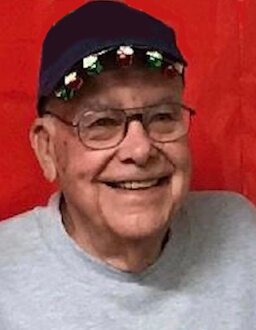 Charles T. Lamont, 92, of Whitesburg and Louisville, Kentucky, passed away on Monday September 13, 2021 in Merritt Island, Florida where he had been residing. He was born on October 22, 1928 in Omar, West Virginia and moved to Louisville with his family in 1931.

He was a former parishioner of St. Rita where he attended school and later served as a Boy Scout leader. He graduated from Okolona High School in 1947 and worked for South Central Bell for 40 years. Charles served in the Naval Reserves between 1948-1957. He was an avid ourdoorsman and spent his retirement by camping, boating and  and gardening. He was a devoted family man and a superb carpenter. He will be deeply missed by all who loved him.

A future funeral wil be held at Neon First Church in Whitesburg, Kentucky with burial at Green Acres Memorial Park.

Expressions of sympathy should be made to St. Jude Children's Hospital under Charles Lamont Memorial Fund.