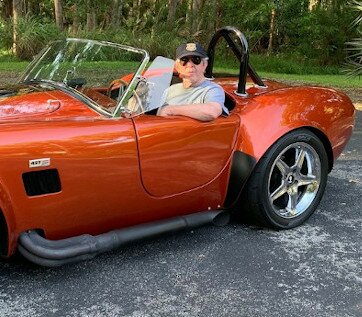 Obituary of Craig A. Tafoya

Passed away on Wednesday, August 25, 2021, in Melbourne, Florida after a brief illness.

Craig was born in Dearborn, Michigan on June 20th, 1951 to Jean Bosely (Mauk) and Samuel Tafoya.

His childhood was spent in Michigan and California. Many of his summers were spent on his father’s boat, which paved the way for a very successful and much-enjoyed life in yachting. After High School, Craig enrolled in the Ford Motor Company apprentice school for Design.

After graduation he was not satisfied sitting behind a drawing board for 8 hours a day, so he moved to Florida. He worked as part of the original team in “watercraft” at Disney. Craig was hired prior to the park opening and worked in watercraft driving vessel and later training all new incoming watercraft personnel.

Still in his mid 20’s Craig left Disney and went to South Florida where he started his ongoing 45 plus years in his yachting career. By his mid 30’s he was captaining a large vessel and his relationship with the owner went on for 16 years. Craig earned the opportunity to manage and oversee the build of one of the largest, most technically advanced vessels in the mid 90’s. Building lifelong relationships and meeting new people was what Craig enjoyed most about yachting.

Since 2000, Craig owned and operated Penumbra Marine Logistics (PML), with an office in Fort Lauderdale, FL, focusing on yacht brokerage, management, and design.

In 2008, Craig and Mary bought into ACT2 Technologies, located in Cape Canaveral, FL. In 2016, they cut their ties in Fort Lauderdale and moved full-time to Merritt Island. Running ACT2 and PML was something Craig enjoyed and was always eager to continue his involvement in the yachting industry. Although land-based, ACT2 and PML kept Craig deeply involved in yachting. He loved it!

Craig always had a need for speed. Whether air, land, or sea. His car collection was always growing and his mind was forever active with new design improvements. After months, and sometimes years, he would design and build his improved iterations, leading to many patents that he proudly holds.

There has been a grant set up in Craig’s name with the Explorers Club.

Anyone wishing to make a donation. Please make payable to:

There will be a special day of remembrance for Craig on Friday, November 5, 2021. A flotilla of small vessels will gather in Fort Lauderdale, FL, and proceed offshore for Craig’s final passage. Following the Ceremony of Ashes, there will be a Celebration of Life at the “Boat Yard”. The family would like to invite friends and colleagues to join them in this celebration.

Please log on to www.craig-tafoya.com if you wish to attend. Thank you.

Share Your Memory of
Craig A.
Upload Your Memory View All Memories
Be the first to upload a memory!
Share A Memory