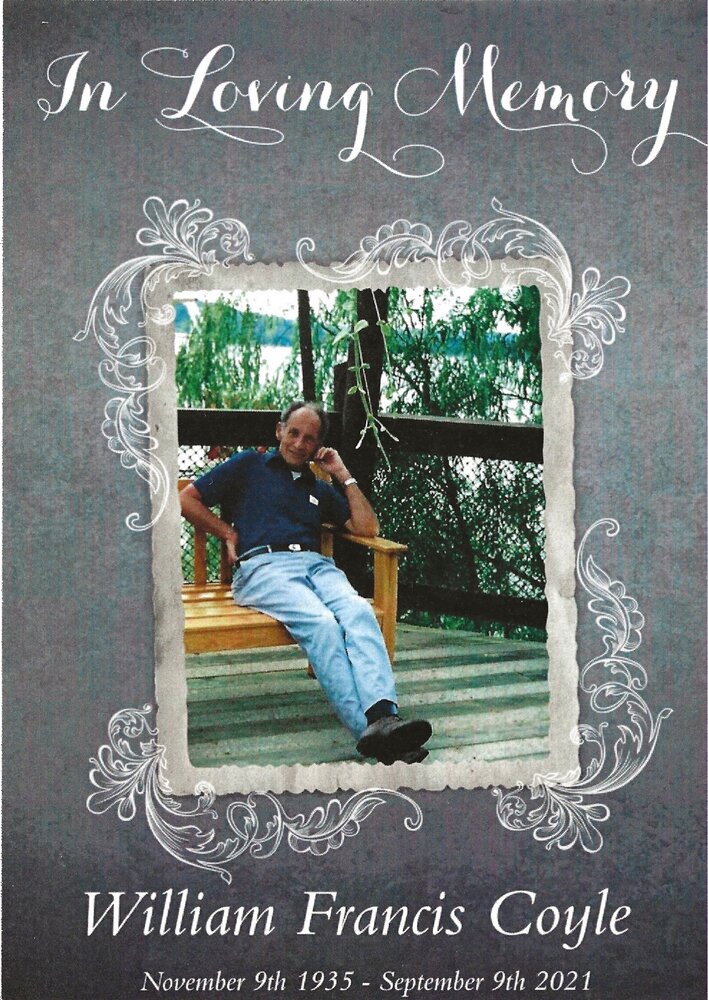 William (Bill)  Francis Coyle was born on November 9th, 1935 in Philadelphia, Pennsylvania. He went home to be with our lord on September 9th, 2021.

The family has requested In lieu of flowers a donation to the church.

There will be a luncheon following the Mass also at Our Lady of Grace.

Bill was proceeded in death by his Parents Winifred and William Coyle. Both of his parents immigrated from Ireland.  Along with three siblings - James Coyle, Jack Coyle, and Rosemary Gardener.

Bill was a devout Catholic, and a member of Our Lady of grace in Palm Bay, Florida.

Bill was a fireman for 20 years for the City of Philadelphia, Pennsylvania Fire station 71 Ladder #9 until he retired in 1977.   Bill and Marcia moved to Manahawkin, New Jersey where he continued to work and drive a bus for New Jersey Transit.  Both Marica and Bill retired in 1997 and moved to Palm Bay, Florida.  Bill loved to golf, he spent many days playing golf at Habitat Golf Course.  When he wasn’t golfing, he was watching golf, solving a crossword puzzle, or spending time with his family and grandchildren.

Bill was a loving devoted husband, Marcia was his world.  He was a wonderful father, but most of all he was the BEST Pop Pop to his grandchildren and they adored him deeply. He also had his side - kick “Cappy” a beautiful Lhasa Apso dog that he fell in love with, he gave him so much joy.

He will be greatly missed by all.