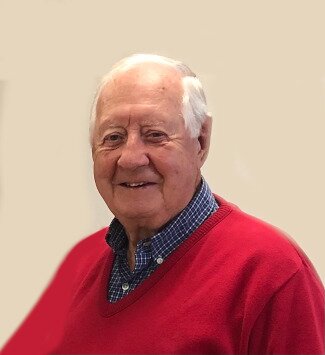 Kenneth William Greenwood, a loving husband, father, and grandfather passed away on Sunday, Aug. 8, 2021. He was 83.

Born in Connecticut on Aug. 17, 1937, Ken grew up as the oldest of four children. He enlisted in the Air Force at 18 and took on the role of provider for his family, sending part of his paychecks back home to his widowed mother and siblings. Throughout his life, Ken would continue to be an inspiration to those around him.

He took a job with AMF, beginning a career that would take him and his family to Tokyo, Japan, where he would spend roughly a decade of his life. During his time abroad, Ken learned Japanese and traveled throughout Asia and the Pacific, giving his family a lifetime worth of unforgettable experiences.

Ken and his family ultimately moved back to the United States, first to New Hampshire and then to South Florida, where he and Joyce began new careers as real estate agents. Later they retired to a newly built home in Grant-Valkaria, Florida, not far from their son Kyle and his family.

Ken was a follower of Jesus Christ and his faith was very important to him. He served on mission teams, loved music, and sang in the church choir. He was also a fan of the harmonica playing whenever someone would listen. Throughout the years he played with several music groups.

Over the last nearly two decades, Ken and Joyce spent their summers traveling the country in their motor home and making friends wherever they went. At home, Ken delighted in maintaining his home and taking on a series of personal projects, all with the precision and dedication that his friends and family knew him for.

Ken is survived by his wife, two sons, their wives, and six grandchildren. A memorial service will be held at 11 a.m. on Saturday, Oct. 9, 2021, with a reception to follow at First Baptist Melbourne, 3301 Dairy Road, Melbourne, Florida, 32904.

Memorials may be made in Ken’s name to “Greater Things”, the building/outreach fund at First Baptist Melbourne. Donations may be made at the link below:

Share Your Memory of
Kenneth William
Upload Your Memory View All Memories
Be the first to upload a memory!