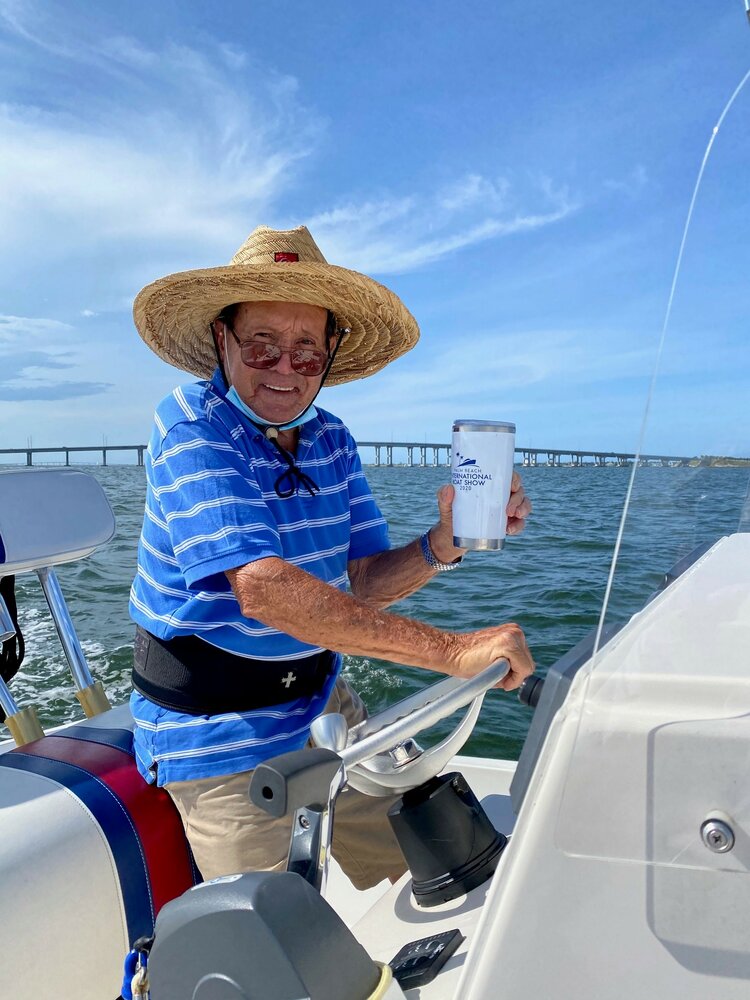 Paul was born on November 28, 1933 in Baltimore County to the late Jean Rouchard and Marcella Anderson Rouchard .

Paul lived a very adventurous,creative and diversified life. Paul served in the US Army from 1946-1947. Paul’s career path started with GMAC in the finance department. He was later awarded an opportunity to be the youngest Chevrolet Dealership owner in Clarksville,Va. Then Paul went on to design and build fiberglass pools which led to him designing and building the earliest fiberglass waterslides. Paul actually holds a US Patton for Inventing bolt together fiberglass waterslides and went on to build and own waterslides in numerous states. Later Paul went on to building fiberglass boats and metal fabrication for boats. Paul also owned and operated a large machine and tool company.

Paul had a passion for flying and boating that keep him going his entire life. Paul built and raced his own stock car in the early 70’s . He was boating just this last year in both the Melbourne and Pompano Beach areas. Paul was a master mechanic and self taught engineer that could fix anything , given enough time . He was a kind soul that loved to help his neighbors whenever they need a helping hand or tool .

Paul lived a full and ambitious life to the fullest ! He will certainly be missed by all who had the opportunity of meeting him !

There will be a memorial service at Immaculate Conception Catholic Church located at 3780 South A1A , Melbourne Beach Florida on Tuesday September 14 at 10:30 AM