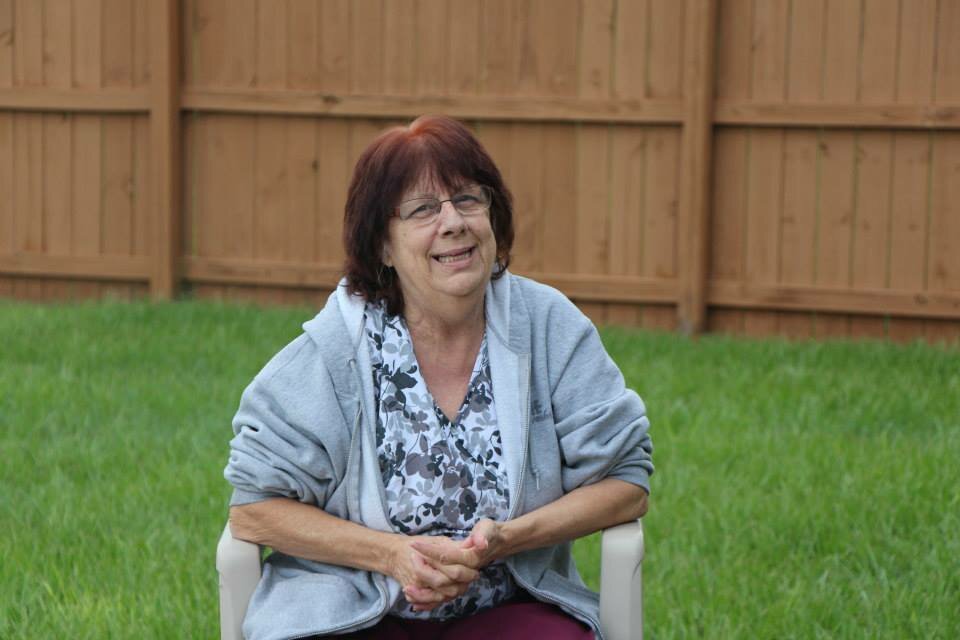 Virginia Lloydine ("Frankie") Stearns passed away peacefully at age 76 in her sleep at home on September 6, 2021, in Palm Bay, Florida.

She married the love of her life and soon-to-be father of her four children, Ralph Edward Stearns, Jr, an Air Force Sergeant from Colorado. With her adopted father and mother being in the Air Force, she was accustomed to the Military "Brat" lifestyle and was happy to follow Ralph around the world through various deployments, including Japan and the Philippines. Joining Ralph's two sons from a previous marriage, Michael and Alan Stearns, she would give birth to Timothy Andrew Stearns, Kenneth Bruce Stearns, Paula Roxanne Stearns, and Jeremy Stearns.

Following the death of Ralph in 1983, she began to enjoy the company of her grandchildren a few years later. In 1985, Bret Quinton Stearns was born to Timothy and Linda Stearns, followed 3 years later by Shannon Nicole Stearns, both born in Florida. In 1996, Nicholas Ryan Eischen was born to Paula and Lawrence "Ike" Eischen in Germany, where they met and were stationed in the Air Force. In 2007, her last grandchild, Nicholas Stearns, was born to Timothy.

Virginia Lloydine, or as her friends and even family affectionately called her, "Frankie," was well-loved for her positive disposition, friendly demeanor, and ability to converse with anyone. She spent her time enjoying trips to Sea World, socializing with her great friends, watching true crime and ghost hunting shows, studying genealogy, and learning more about her Native American heritage.

years. They would also like to thank her coffee buddies (also known as the “Golden Girls”) Barbara Harris and Ramona Frias, and long-time friends Judy Fountain and Lissa Laliberte. Special thanks to friend and neighbor Sidney Legaretta, and the staff at Woodlake Village Apartments in Palm Bay, where she lived for 31 years.

Virginia Lloydine Stearns is survived and will be missed by many: her brother Jackie Blackwell and his wife Becky Jane Blackwell, her brother Gary Blackwell, and her sister Mary Lyons. Her sons Timothy and Kenneth Stearns, her daughter Paula Eischen and her husband Lawrence Eischen, her step-sons Michael and Alan Stearns. Her grandsons Bret Stearns, Nicholas Eischen, Nicholas Stearns, and her granddaughter Shannon Stearns. She is also survived by her nieces Mandy "M&M" Villarreal, Shanna Quintessa Rodriguez and her husband Roman Rodriguez, their sons "little" Roman Rodriguez, Malcolm Rodriguez, and Gabriel Rodriguez, as well as Curtis Triplett and numerous other cousins and distant relatives, and her beloved cockatiel of 25 years, Marvin, and her feline companion, Autumn.

Frankie was full of love, light, and life until the end. She would want everyone to remember her in the best of times, and to remember, as she always signed off: “Two things that make this world so sweet are laughing hearts and dancing feet!”