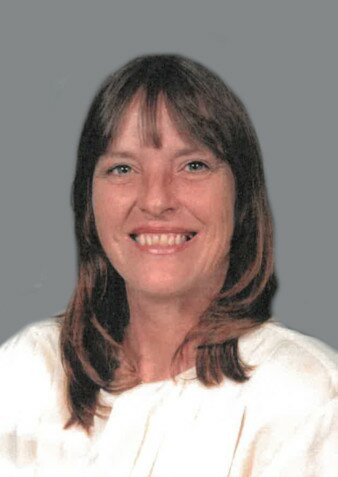 Terrianne Delores Beltle, passed away Monday, August 16th, 2021 at the age of 65 at Palm Bay Community Hospital in the comforting embrace of her two children. Though Terri was a long time resident of Brevard County Florida, she was born in Bucks County, Pennsylvania on November 4, 1955 to William and Margaret Bartholomai. Those who knew Terri would not hesitate to confirm that her greatest pride was in her roots and family, speaking about them with great humor and affection, and displaying an unflinching talent as an artful storyteller who kept prized memories alive through generations. She was blessed and gratified to have been given a Catholic School education, and often recounted, in equal measure of satisfaction, the friends she made along the way and the nuns that she would occasionally run afoul of. A middle child of the family, she was bookended by her older brother, Bill Bartholomai, and her younger brother Brian Bartholomai. Terri’s childhood was punctuated throughout by many experiences not commonly seen today, such as being a local child model.

Terrianne, being a naturally precocious child with an effervescent and vivacious personality, she often eschewed the typical shyness expected from a young lady. Legends have it that armed with a bouquet of roses, she found herself with the opportunity to present the aromatic flora to the powerful and elite such as JFK and Rod Stewart, whom she had one of the largest teen crushes on that history has recorded. Like her father, Terri had an unyielding love of music, and an eclectic aural preference that ranged from Motown to Metal. She could be heard many times singing along with the Temptations, Journey, the Doors, Elton John, The Beatles, and Patsy Cline.

After graduation, Terri married and had two children, Joey and Nicole Rice, both of whom were to become clear beneficiaries of the epic tales of her erstwhile exploits. Leaving her childhood home behind in 1986, Terri moved to Connecticut with her two children and remarried  Leonard Beltle to cement the family unit that, until recently, had been a central element of her life.  Terri embraced the adventurous and dynamic nature of being a Navy wife, and found herself living in varied locales throughout the east coast — from historic New Haven, the Jersey shore, to Norfolk. She eventually relocated to central Florida in 1992 where she has mostly resided since, though her heart had always remained in Bucks County, PA.

Terri never saw her employment as part of her identity, save as an opportunity to meet new people and craft new tales, and her occupations exceedingly diverse. Her professional experiences include eagerly working as a florist, a neurosurgical billing specialist, and even trying her hand at working for a small startup tech company that stated out of a garage. Whether she was cleaning up a park, or processing an invoice, she always had pride in what she did. Some of her favorite employers were BWS, Osler Medical, and SoluNET. In the 90’s she found renewed interest in local Catholic inspired [activities] from helping to organize Adoration, to being a Eucharistic Minister to those who could not attend weekly worship.

Terri was preceded in death by her spouse Len, her oldest brother Bill, and her parents William and Margaret. She is survived by her two children, Joe Rice and Nicole Rice, their respective better halves Cindy and John, her youngest brother Brian and his wife Gina, her oldest brother’s widow Joyce,  five grandchildren (Madison, Faith, Delaina, Taryn, and Kendall), three nephews (Billy, Robbie, and Matt), two nieces (Sam and Jaime), and a metric ton of cousins.

Most importantly, Terrianne Beltle is survived by the generosity, kindness, and humor she taught her two children and the many anecdotes that will continue to inspire laughter long after this obituary is forgotten.

A funeral Mass for her and Leonard Beltle will be held on Friday, September 17 at 1:00 PM at Holy Name of Jesus Catholic Church in Indialantic (visitation and speaker will be at 12:45), followed by cemetery committal at 3:00 PM in Cape Canaveral National Cemetery.

Share Your Memory of
Terrianne Delores
Upload Your Memory View All Memories
Be the first to upload a memory!
Share A Memory