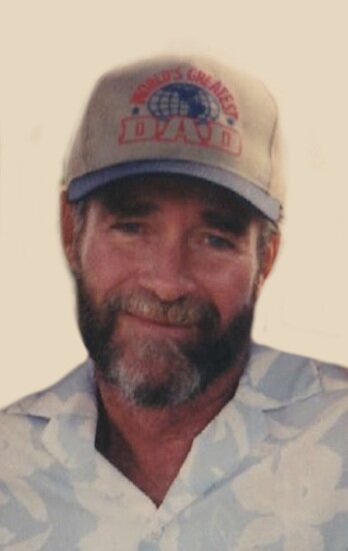 David grew up on the north shore of Long Island and became a car enthusiast at a young age. He loved to tinker with his beloved cars; switching original engines for Corvette engines and Camaro transmissions! He was a big Nascar fan especially after his father introduced him to the Daytona 500 race at an early age.

He later went on to live at Saint Simons Island, Georgia with his blended family under the loving eyes of his Father and Francis Maney. It is here he found his love of surfing. He was happy to be the older sibling to the Maney clan and would often have his little brother Sean tag along on his surfing adventures.

In his fathers footsteps he joined the army and was stationed at Schofield Barracks, Honolulu, Hawaii, he was assigned to 25th Infantry Division (Tropic Lightning) where he applied his mechanical expertise to work on helicopters and rocket systems in the 725th Maintenance Battalion. It was here that he was able to continue his love of surfing. He took full advantage of any opportunity to hit the big waves Hawaii had to offer and loved to tell stories of his surfing adventures.

He then moved to Melbourne, Florida, and became a union carpenter for Brevard County School Board. He enjoyed a satisfying career there for over twenty years and kept a watchful eye on his daughters as they attended the schools he was assigned to. The girls were always delighted to see Daddy in their classroom to design, build, and fix anything and everything he could. His bright smile, sense of humor, and friendly greetings endeared him to students and faculty alike.

Music was another one of David's great passions. He was an avid guitar player and (when he wasn't working on his cars) he would attend as many live music shows as he could. From his first experience as a twelve year old attending the "Meet the Beatles" tour at the Washington, D.C. stadium to Eric Clapton, one of his biggest influences in the blues rock world, live shows captivated him. He knew every Neil Young song and would patiently teach the 3 chord songs to his sister, friends, and nephews. During David's last year at home, we were lucky to watch countless music concerts with him and embrace the happy times we shared.

David was a devoted father, a lovable brother, and an uncle. He was a proud Army veteran and he will be missed by many.

He was the son of the late David Samuel Maney Sr. and Margaret Paris Schaeffer. David leaves behind his three daughters, Virginia Margaret and Moriah Mercedes; adopted daughter, Jessica Lynn; sister, Samantha Susan and nephews, William and Sky, all from Melbourne, Florida. Aunt Susan O’Grady and cousins Ellen and Margaret. He is preceded in death by his cousin Dennis, his maternal grandparents William and Margaret Schaeffer from Long Island NY. and uncle Reverend Tom Maney.  From Minneapolis, Uncle John, Aunt Sarah, and many cousins. He also leaves behind his step-mother, Francis Maney, and siblings Casey, Sean, Steven, and Mary from Saint Simons Island, Georgia. His best friends Dale and Virginia Renjoir of Tampa, Florida.

Share Your Memory of
David Samuel
Upload Your Memory View All Memories
Be the first to upload a memory!