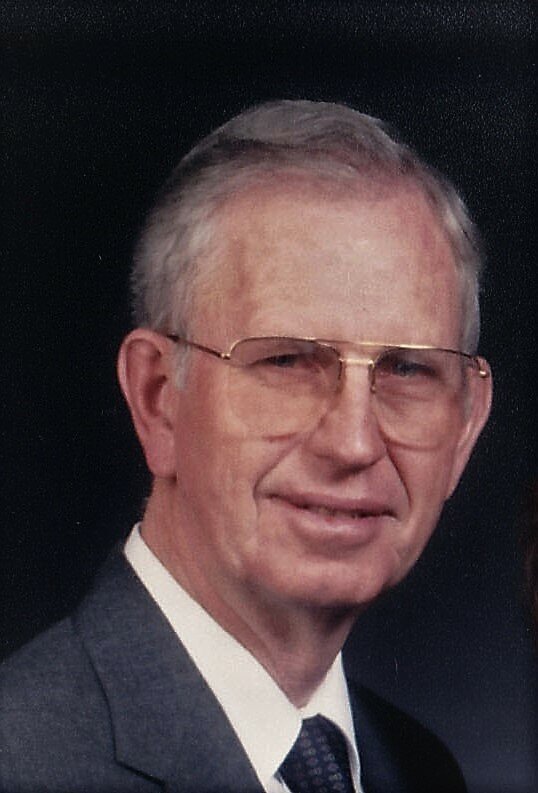 Born on January 18, 1929 in Plainview, Minnesota. Ben was the son of William Alfred Heddlesten and Mary Frances Nelson.

In high school Ben played clarinet and played Center for the undefeated Wabasha Warriors football team. He graduated with 21 classmates in 1947.

Ben joined the US Air Force in 1947 and was honorably discharged in June of 1954. Part of that time was spent on Guam followed by a year in Korea in 1953. His last 3 years of service were as a 5-stripe Technical Sergeant.

He found the love of his life Lorraine Frankus and married her in 1954. They moved to Seattle and Ben attended the University of Washington and received a Bachelor of Arts degree in Transportation in 1957 and remained a lifelong Huskies fan. They celebrated the birth of three children Steven (‘55), Mark (‘57), and Kathleen (‘58).

In 1958, Ben began work for The Boeing Company in Seattle as a Traffic Representative. In 1963 Ben’s skills as Traffic Administrator were needed in Huntsville, Alabama on the Saturn program where he was promoted into management. In 1967 Boeing relocated Ben’s family to Florida to support the Boeing Atlantic Test Center, and the Saturn and Minuteman programs at the Kennedy Space Center where he was eventually promoted to the Inertial Upper Stage (IUS) program as Operations Support Supervisor. He retired September 1, 1995.

In addition to loving the game of golf all his life, Ben was very involved with his sons in Boy Scouts and supported them in earning Eagle Badges. The family enjoyed camping, fishing, and hiking. Ben and his wife Lorraine were also avid square dancers.

Ben and Lorraine retired to a home in the mountains of Brevard, North Carolina in 2000 to enjoy unlimited golf and many beautiful mountain walks. Lorraine joined a weekly hiking club.

In 2018, Ben and Lorraine returned to Florida and chose a home in Viera to be near their family. Ben suffered a stroke in 2019 and passed peacefully at his home on August 21, 2021 surrounded by the love of his family.