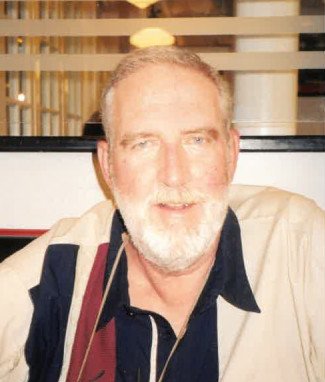 PALM BAY - Charles Lewis Jackson, 75, passed away peacefully at home on Tuesday, July 13, 2021.  He was born in Louisville, KY to Lewis Ralph and Jean “Woertz” Jackson.  The family moved to Long Island, NY, when he was a youngster and after 10 years the family moved to Windsor, CT.

Charlie graduated from Windsor High School, class of 1963.  He graduated from the Georgia Institute of Technology on June 10, 1967, and was President of Alpha Nu of Theta Chi 1966-67.

Charlie moved to Brevard County and upon graduation from Georgia Tech, Charlie began his career with Harris Corporation, where he obtained a top security clearance working on ground communications for the newly acquired Radiation Group.  Moving on to Harris Controls, he was promoted to Director of Marketing in June 1977.  He made several trips to the Calgary, Alberta facility in pursuit of joint opportunities with Harris.  He continued to have a prominent role after the Harris acquisition of Westronic in 1992 and into the GE era.  He directed the sales of the division’s supervisory controls and data acquisition systems for North America, retiring with over 30 year’s service with Harris Corporation.

Charlie had a love affair with food and was an excellent chef.  While working in sales and traveling he met many life-long friends along the way, sharing and exchanging recipes.  He compiled a collection of his favorites entitled, “Best Recipes from CJ’s Kitchen”.  Charlie enjoyed golfing with customers and friends, shooting pool, playing bridge, Scrabble, doing crosswords and Sudoku.  His daughter, Jennifer, affectionately affirmed, “music moved his soul”.  Charlie and Mary enjoyed sharing the drive on road trips that would take them to Key West, Tarpon Springs, and the Bok Tower Gardens in Lake Wales.  When more adventurous, they visited Savannah, GA, family in Chicago, Texas, and Pennsylvania, with side trips to Cades Cove in TN, New Orleans, LA, and Birmingham, AL, to name a few. Charlie enjoyed holiday celebrations, birthday milestones and the occasional dinner at The Yellow Dog Cafe with Mary’s daughter, Roberta, and her husband, Alexander.  He loved animals and there were always a dog and cat roaming in their home.  His four legged canine companion, Shiloh, and Scooter the cat were always by his side.  Charlie’s friend from the UK offered these words to describe him:  “he was a larger-than-life character with a very generous side.”

Those who wish to remember Charlie may make a memorial donation to Wuesthoff Brevard Hospice and Palliative Care, 8060 Spyglass Hill Road, Viera, FL 32940 or to a charity of their choice.