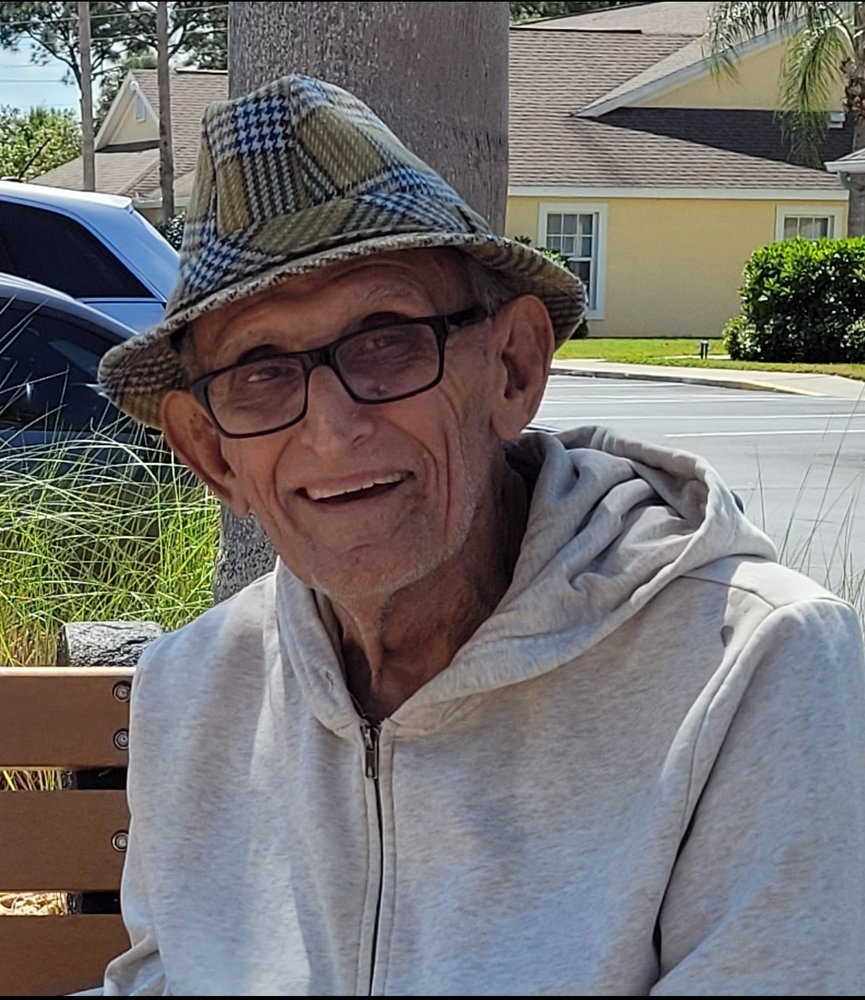 This is a celebration of life for George R. Zimbardo; he passed on August 9, 2021, in Rockledge, Fl.

He is preceded in death by his wife, Patsy, of 61 years; his loving grandson, Vincent; his parents, and his sister.

When George Richard Zimbardo was born on September 6, 1934 in the Bronx, New York, his father, George, was 26, and his mother, Margaret, was also 26. He had one older brother, Philip, and two younger siblings, Donald and Vera. George graduated with honors from Gompers Technical High School.

George accepted a job with the space program in the 1960s and remained with the program until 2009, when he retired. He worked with pride and diligence, which was proven with several awards throughout his career.

George loved to visit the classroom of his son, Christopher, for Career Days. For years, George was the toast of the school, providing insights, packets, and patches. His audience grew to include all grade levels. His vast knowledge of the space industry fascinated students and teachers alike. Each year, the students and teachers looked forward to visits from “Dad” as he became known at the school.

He was a scoutmaster of two different troops and had many Eagle Scouts under his leadership.

He also loved sports; he coached his grandson, Vincent, in Little League for many years, as he enjoyed the game of baseball, the camaraderie of friends, and having his grandson playing. He loved his Monday night football and a nice glass of wine.

He was known to many as PePa. He was kind and caring, never putting himself first. He would touch your heart with just a smile that was infectious. His life was well-lived, and he lived it to the fullest. There will always be a place in our hearts to hold him close. Happy Easter George.

He is survived by his daughter, Patrice, and her husband, Alan; his son, Christopher, and his husband, Anthony; his great-grandson, Anthony Vincent; two grandchildren Richard and William; granddaughters Michelle and Alicia; his brothers, Phillip and Donald, and their spouses, Christine and Joan, along with many nieces and nephews.

He is now with our Lord and Savior, and he shall forever be at peace.

We wish to thank everyone who helped George and cared for him during this time.

I love you, Daddy, forever… your Princess.

Share Your Memory of
George R.
Upload Your Memory View All Memories
Be the first to upload a memory!