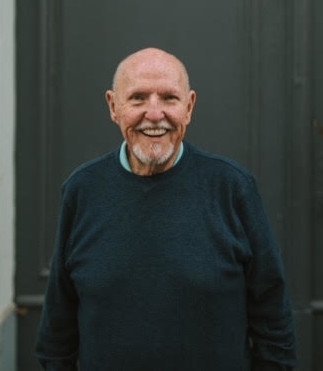 Daniel (Dan) L. Lambert went to be with his Lord Jesus Christ while at his home in Melbourne, Florida on August 4, 2021, at the age of 86. He was born August 2, 1935, in Springfield, Illinois to Daniel Eugene Lambert and Mary Isabelle Palmer Lambert.

Having been taught by his grandparents that kindness and honor were virtues, Dan displayed these family characteristics his entire life, and in many countries, as he served his own country as SSGT in the US Marine Corps, and as TSGT in the US Air Force. He served in both Korea and Vietnam. Dan was honored with the Air Medal, and after 22 years of serving in the military, he retired and began working in the banking industry.

After a two-year courtship, Dan married the love of his life, Martha, on August 26, 2005. They found great delight in spending time with each other. Dan described her as the one who helped him learn to enjoy life and love others well. They shared a passion for studying the Bible together at Calvary Baptist Church. Patience, kindness, gratitude, humility, and love were always exhibited by Dan to anyone around him. It is especially his love of family that will endure time.

Services will be held at Calvary Baptist Church on August 14, 2021, at 3:00 pm. Interment will be at Cape Canaveral National Cemetery in Mims, Florida, next to his beloved wife.

In lieu of flowers, donations may be made to Wounded Warrior Project.

Share Your Memory of
Daniel (Dan) L.
Upload Your Memory View All Memories
Be the first to upload a memory!