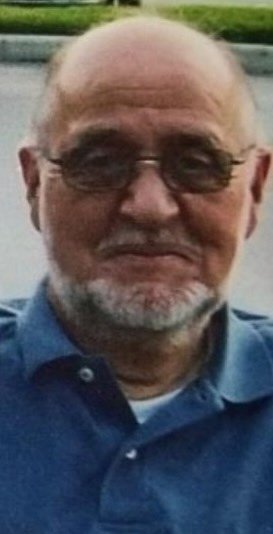 On Monday, July 26, Donald Howard Smith arrived at the Heavenly Gates and was welcomed by his Lord and Savior, Jesus Christ. Waiting for Donald were many family members and friends including his loving wife Julianne Henson Smith, his mother and father, Marydel Pilliod Smith and Harvey R. Smith, and his brother, Dallas H. Smith.

Donald, a native of Akron, OH, moved to Melbourne, FL in 1994. Prior to moving to Melbourne, Donald retired from Consolidated Freightways after 32 years of service in their Richfield, OH terminal. He was a member of Calvary Chapel in Melbourne, FL and Brown Street Baptist Church in Akron, OH.

A victim of the 1950’s polio epidemic, Donald never let this affect his attitude on life. He was determined to walk and not be confined to a wheelchair, using crutches for most of his life. He also designed hand controls that he could use in his vehicles long before they were commercially available.

Donald loved baseball. He was a youth coach for many years in Goodyear Heights and Firestone Park in Akron. After moving to Melbourne, he followed the Tampa Bay Rays daily and was a spring training ticket holder when the Marlins played in Brevard.

Donald leaves behind his loving son, Christopher Paul Smith of VA, brother Charles H. Smith of TN, sister Julia L Steiner of TX, and many dear family members throughout the world. He also leaves behind brother-in-law John D. Henson who lovingly served as his caretaker for the last years of his life.

He will be missed by all who were touched by his gracious heart and his infectious smile.

Arrangements entrusted to Ammen Family Cremation and Funeral Care, Palm Bay, FL. In lieu of flowers, donations may be made to The Rotary Foundation, helping eradicate polio worldwide.

Share Your Memory of
Donald Howard
Upload Your Memory View All Memories
Be the first to upload a memory!