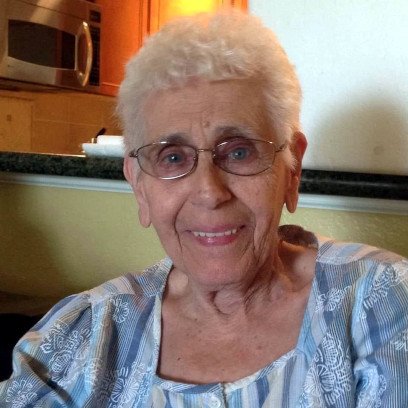 Elizabeth "Anne" Jennings passed away peacefully on July 11, 2021, one week shy of her 89th birthday.  Anne was born July 18, 1932 in Lawton Kentucky to the late Harold and Jewel Hillman.

After a summer romance, she married the late Donald (Don) E. Jennings on New Year’s Eve of 1950. Don's career took them to many cities, and after completing their family of eleven in Columbus, Ohio, they relocated to Florida.  Anne had the ultimate career of raising nine children and transitioned seamlessly into the role of loving grandmother, or "Grammy".

Anne joins her parents, her husband Don, her sister Phyllis Bunch, and her brother D.H. Hillman, son David Jennings and granddaughter Elizabeth (Lizzy/Bissy) Jonn Baptiste, who all predeceased her.

Her life was full, and even with quite the extensive family, she still made room for her role as a friend to many. The family will remain forever grateful to her best friend, Jean, who helped bring her peace as she readied for her final journey home. Anne was loved without measure, and as her great­ granddaughter stated, "Tell her we love her to heaven and back, because it is higher than the moon."

Anne had wished that her family and friends could gather at her pool for a celebration of her life instead of a formal service.  We will gather together on September 17th & 18th.

In lieu of flowers please consider a donation to William Childs Hospice House.