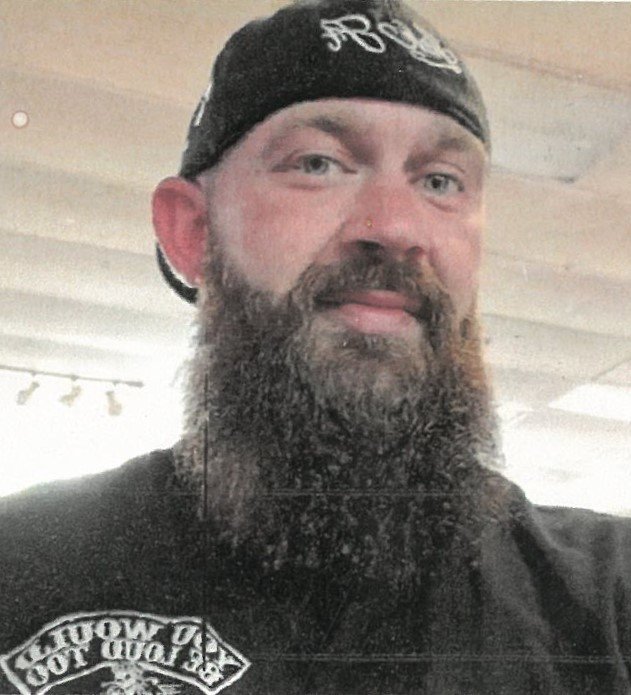 Obituary of Michael A. Cabot Jr.

On June 13, 2021, Michael A. Cabot, Jr, 34, passed unexpectedly from a tragic motorcycle accident in NH. Michael was born in Athens, Greece where his mom was in the USN. He lived in Greece for the 1st yr of his life until they moved back to Beachwood, NJ in 1987 and over the yrs Michael gained 3 more brothers and became very active in soccer, baseball and scouts. In 2000 they moved to Palm Bay, FL. Michael continued his scouts, made new friends and grew up very quickly. He met someone and moved to NH around 2006/2007. He then started his own family in 2008 & 2009 with 2 daughters.

Michael was a roofer by occupation, but he was so much like his dad, he could do any construction work and also a great mechanic. He not only like working but took pride in making sure it got done right. Those that were blessed with the opportunity to have worked with, met Mike and get to really know him, know he was much more than that. Mike didn’t want a lot out of life, he wanted to be happy, be loved and to love someone unconditionally. He enjoyed spending time with his family and great friends and he would help anyone at any time. If he called you his friend, loved you, it was real. He had a heart of gold, he was very caring and could be so tender to your needs. And Mike could definitely make you laugh. He could seem like the rough-tough kinda guy too, but hey that’s a Cabot guy for ya, Ha!

Michael definitely had passion about things in his life, one was his family in FL, he stayed in touch with them via phone constantly and he may have lived in another state but he traveled home to visit when he could. At times he would bring his girls on trips to visit his parents. When he came all the family would just get together and spend quality time doing fun things like, gun range, ocean fishing, pool swimming, bbq’ing, he loved to cook and always bake spinach lasgna for mom. The brothers would go play pool or visit friends. Sometimes it was loud with music and all guys yelling back and forth out back swapping stories or sitting on deck with a drink by pit fire and just sharing some thoughts. He listened to you, he talked to you, asked if you needed anything, he gave advice if needed and sometimes took yours. Everything was about making memories that last a lifetime. So many memories and emotions Michael leaves us with when he left this earth for heaven, happy, smiling, sad, tears, laughing til your stomach hurt, shock, crying, but in the end, he is at peace and with his dad. That will be cherished! Another passion he has is for motorcycles, yes he loved to ride, he felt free when riding. So God called him home doing what he loved doing. He loved riding with his best/great friends. Taking those trips all over the place. Those friends are all brothers forever and Mike will ride with them always. He was passionate about doing Charity rides, anything to help someone or a cause. I have to say to his friends in NH, Mike would be really proud of you all rite now! Now this other passion is one that has kept him in NH for the last 14 yrs, his 2 daughters, which he loves with all his heart. He wouldn’t leave that state because of them, He loved being a dad, watching his girls grow up, being part of their life, from birth to now. From watching them learn to walk to being a chaperone on a school trip to now one will soon be a teen. There isn’t anything he wouldn’t do for them. All he wanted was their love. He will be watching over them from Heaven now.

So it saddens our hearts and souls that Michael has left us physically but he has gained his wings and is with his dad in heaven now. We just have to remember Mike was a loving son, brother, dad and irreplaceable friend and his legacy will forever never be forgotten.

A viewing with family, friends will be

Celebration of Life for Michael, Friends in NH will be Saturday June 26th 3pm At the

In Lieu of flowers, donations may be made to Joanna Cabot to help with

Share Your Memory of
Michael A.
Upload Your Memory View All Memories
Be the first to upload a memory!