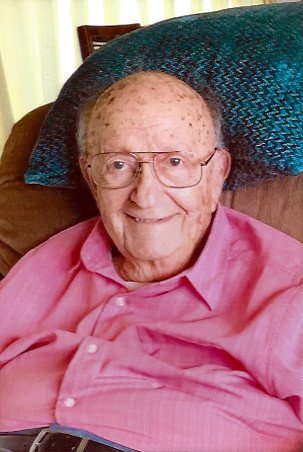 Leonard Green, 96, of Cocoa, FL, departed from this world on June 12, 2021 after a courageously fought battle with leukemia.

He was predeceased by his parents, Ben and Goldie Green; and his sister, Edith Hooser.

Leonard was born in Chicago, IL on April 4, 1925. He spent his childhood years on a family farm in rural Michigan. At the age of 15, he and his family moved to Florida.

Leonard was an Air Force veteran of both WWII and Korea. He served his country with pride and distinction. Like many of his generation, he was resourceful and could fix anything, or create useful items from scratch. Leonard was a technician at Cape Kennedy Space Center for many years and witnessed the historic Apollo 13 launch. He obtained a graph showing the astronauts’ heartbeats, pulse and respiration during liftoff, which he treasured. After KSC, Leonard became a successful realtor.

He enjoyed occasional family vacations, and travel into the Blue Ridge Mountains ignited an interest in rockhounding, which led to a lapidary hobby. His craftsmanship and artistry appeared at gem shows along the East Coast and was admired by thousands.

He will be deeply missed by all who knew him.

Leonard will rest in the good company of other service members at Cape Canaveral National Cemetery in Mims.

Please make a donation to your favorite veterans’ organization if you wish.

To send flowers to the family or plant a tree in memory of Leonard Green, please visit Tribute Store

Share Your Memory of
Leonard
Upload Your Memory View All Memories
Be the first to upload a memory!
Share A Memory
Send Flowers