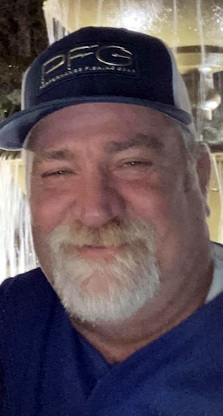 He was born August 13, 1968 in Miami, Fl. He was the son of the late, Patrick Ellis Sr. and Patricia Ellis-Lefiles, who he is survived by. He was the youngest boy of 11.

He grew up in Sebring, FL where he made lifelong friends until he finally settled with his wife, Jaclyn Ellis in Palm Bay, FL.

On January 28th, 2003 and February 15, 2005 he respectively welcomed his two youngest sons while also adding his bonus daughter with his wife, Jacci.  He blended his family of three into a family of six, whom were the most important part of his life.

Bob was a devoted father and a hardworking man. Bob enjoyed spending time with his family, days at the ball field and sitting on the couch watching the News and his beloved Dodgers.

Bob will be remembered by his contagious belly laugh, great big bear hugs and his loving spirit.

Bob Ellis is preceded in death by his father, Patrick Ellis Sr, his sister Angela, his nephews Patrick “Bubba” III and Brian Ellis and his niece Payton.

A viewing will be from 1:00 pm until the start of the funeral service at 2:00 pm on Saturday. June 12th at Ammen Family Cremation and Funeral Care, 950 Malabar Rd., SE in Palm Bay.

To send flowers to the family or plant a tree in memory of Robert Ellis, please visit Tribute Store