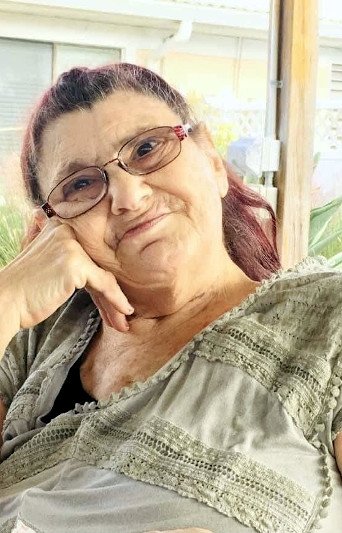 Esther Ingeborg Parsley (nee Nebel)  of Palm Bay, FL – Esther was born December 6, 1941 in Shanghai, China and journeyed to her heavenly home on April 21, 2021 (79 yrs old) peacefully in her home surrounded by her loved ones.  Esther succumbed to a 15-year battle with Leukemia. She was married to the love of her life, the late Edward Richard Parsley. Their love was so strong that they renewed their marriage vows seven times over a lifetime together, which lasted 50 years. Esther was the daughter of the late Gerhard and Herta Nebel (Palm Bay, FL) and the sister of the late Steven Nebel (Quincy, Ma).

Esther was a Holocaust survivor, who lived in the Jewish Ghetto of Shanghai, China because her parents and family fled from Nazi Germany and persecution. In 1949, they immigrated to the United States and later became US Citizens. Esther spent four years in the Peabody Home for Crippled Children recovering from a broken hip infected with Tuberculosis caused by a fall that happened in China. While hospitalized she underwent a cutting-edge operation at that time. She was a subject of many medical journals for that successful operation.

Esther graduated at 16 years of age from the Jeremiah Burke High School in Dorchester, Ma, after high school, she attended secretarial school. Esther enjoyed volunteering at the Boston USO entertaining the US Servicemen and traveling the world.

In 1962, Esther met her beloved husband Edward (Ed/ Ritchie) Parsley living next door while she was calling for her baby brother Steven and “sis” Bianka.  Ritchie was calling for his niece Beverly at the same time. It was love at first sight for Ritchie; he proceeded to chase his love until she succumbed to his persistence.  The loving couple endured skepticism for their different religions and cultures. They married in March 1966 and had their first child that September. They bought a house in Quincy, Ma where they raised their family, as well as many nieces and nephews until they moved to Palm Bay, Florida in 1992. Her careers entailed, Brockton Courthouse as a stenographer and a Judge lead secretary, Stone and Webster Engineering Company in South Boston, Ma as a data entry clerk, South Shore Bank as computer data entry specialist, but her greatest career was as a wife, mother, sister and grandmother.

Esther enjoyed many activities outside of her family such as dancing with her brother-in-law Alan, signing, drawing, collecting porcelain dolls and elephants, crocheting, shopping, camping, reading, painting, drawing, puzzles, playing cards, staying up late chatting, and word games. At 54 years old, Esther fulfilled a promise to her father that she would study and receive her Bat Mitzvah, a Jewish tradition that few females complete. She couldn’t attain this right as a 13 year old due to being hospitalized for hip surgery and recovery.  She learned and spoke multiple languages: English, Hebrew, German, Chinese, Yiddish, Latin, and ASL Sign Language.

Esther had a strong will to survive and a “no quit” attitude. She loved family gatherings with her extended family. She would stay up all hours chatting on the phone with her best friend Alan. Every person that had touched her heart became an instant “family”. She was humorous and enjoyed a good Adam Sandler movie. Esther was honest to a fault, stubborn, loveable, humorous, dedicated, supportive, persistent, and charismatic, a forever student and teacher, forgiving, accepting, unique and genuine. Her favorite beverage was “COFFEE!!”

She will be forever missed and continue to live on through our hearts, memories and souls. Esther Parsley we love you forever and always. Rest in Peace.

In lieu of flowers, consider donating to Leukemia & Lymphoma Society.