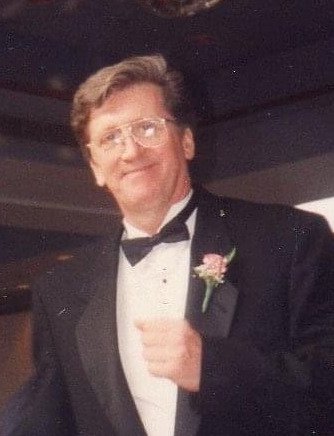 Roger William Ryan of Melbourne, Florida passed away peacefully in his sleep on March 7, 2021 in Melbourne, Florida at the age of 83. Born to parents William and Catherine (Kitty nee O’Hagan) on July 7, 1937 in Astoria, Queens, New York. Roger married Ida (nee Connors) in 1959 and together they raised six children.

Roger was proud to have served in the U.S. Navy as a Crash Rescue crewman at the Corpus Cristi Naval Air Station and a Radioman aboard the U.S.S. Gatling and the U.S.S. Smalley between 1954-58. He worked in the Moving and Storage industry for over 30 years and represented his fellow Teamsters as a Local 814 Shop Steward for most of that time. He retired to Florida in 1995.

His greatest pride were his children and grandchildren. He is survived by his wife Ida, his children Tammy (Larry Mercurio), William (Deb), Kristine, Robert (Michele), and Kathleen (Craig) Johnson; his siblings, Kenneth, Ronald, and Bernadette Beam; and his grandchildren, Devan, James, William, Gwynna, Theodore, Dallas, Georgia, Lucille, Declan, Patrick, and Ronan. He was preceded in death by his daughter Noreen, and his sisters Kathleen Pogue, Joan Desimone, and Patricia Becktold.

Roger will be remembered by all who knew him for his work ethic and strong sense of responsibility, his kind soul, his irrepressible sense of humor, and the enduring love he had for his family.

To plant a tree in memory of Roger Ryan, please visit Tribute Store

Share Your Memory of
Roger
Upload Your Memory View All Memories
Be the first to upload a memory!
Share A Memory
Plant a Tree