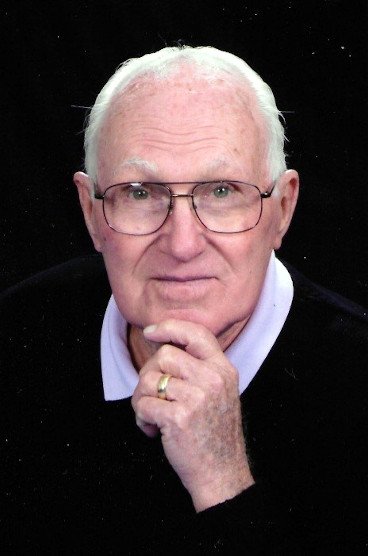 Beryl Gerheart Kruempel, age 87 passed away unexpectedly on April 10, 2021 at his home in Palm Bay, Florida. He was born on April 20, 1933 in Dover, Minnesota, as the oldest child. His siblings are Eugene, Theo, Dennis, Sharon, Joyce, Jeanette and half-brother David.

Beryl was preceded in death by his parents Earl and Ruth and brother Dennis. He is survived by his wife of nearly 63 years, Josephine Ann (Perry) Kruempel of Palm Bay; two sons, Craig, his wife Cindy; Dan, his wife Julie; and daughter Joann, and her husband Steve. Beryl was a proud Grandfather to Joseph, Jordan, and Hunter.

Beryl grew up in Wabasha, Minnesota and attended Wabasha Public High School where he was elected Senior Class President. After graduation, Beryl served in the U. S. Navy from October 1951 to October 1955 and was deployed during the Korean War from 1952 to 1953. He was awarded the National Defense Service Medal, Korean Service Medal and United Nations Service Medal while serving on the USS Conserver (ARS-39). At the time of his Honorable Discharge from the Navy, Beryl had achieved the rank of Petty Officer Second Class.

After returning to Minnesota, Beryl attended the University of Minnesota for one year before accepting a position with Durkee Atwood Manufacturing in Minneapolis in their Research and Development Department. After 16 years, with Durkee Atwood, Beryl transitioned to Lieberman Enterprises where he served as a Manager of Equipment Purchasing. In 1984, Beryl, Josephine and Joann moved from Blaine, Minnesota to Palm Bay, Florida. Beryl worked with Callagy Tire for 12 years and spent another 12 years with the Medicine Shoppe Pharmacy.

Beryl enjoyed hunting and fishing in Minnesota and traveled with his family over the years. He was able to return to the sea on several cruises since 1992. He was very proud of his military service and was immediately recognized by his Korean War Veteran hat. He was grateful for his selection to be a member of a Space Coast Honor Flight and on May 20, 2017 he traveled from Florida to Washington, DC with many other veterans for an incredible day touring the military memorials and Arlington National Cemetery. Beryl liked to tinker in the garage and yard, and he loved caring for his orchids. Beryl and Josephine were famous for their Christmas display that included lights and a Nativity scene outside, and an expansive Christmas Village that encompassed their entire front room.

It was Beryl’s wish to be laid to rest at Fort Snelling National Cemetery in Minneapolis, Minnesota. His loving family and friends shall accompany him on his final voyage to Fort Snelling on May 20, 2021 at 1400 in a private ceremony.

In lieu of flowers, donations can be made in Beryl’s honor to the Navy SEAL Foundation

To send flowers to the family or plant a tree in memory of Beryl Kruempel, please visit Tribute Store

Share Your Memory of
Beryl
Upload Your Memory View All Memories
Be the first to upload a memory!
Share A Memory
Send Flowers