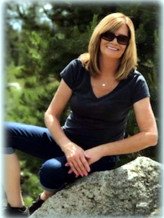 Diana Day, 55, of Viera Florida, passed away Monday, March 29, 2021 at her daughter’s home surrounded by her family.

She was born April 30, 1965, in Windsor Missouri, the daughter of Charles Leo Freeman and Mary Ann Kimbrell (Vickers).

Diana spent her life caring for others, for many years she worked as a Certified Nursing Assistant, always receiving the utmost praise from her employers, patients, and the family members of those she cared for. Diana was more than just a hard worker, she put her all into everything she did and almost nothing could keep her down. Even towards the end of her life on earth, Diana was still trying to find a way to return to work.

When not working Diana enjoyed spending time with her daughter Courtney, her grandchildren, and her best friend Penny. Diana could also be found snuggled on the couch binge watching lifetime movies with as many blankets as she could find and a space heater at her side. Diana has shown many of us the type of strength we never knew was possible. Cancer may have taken her from us, but she did not lose her fight, she ended up in Jesus’s arms, right where she wanted to be. How could that not be considered a win?

She was preceded in death by her mother Mary Ann Kimbrell, her sister Vickie Ball and 1 grandchild Carsyn Scott.

A celebration of life is tentatively planned for April 30, 2021. Details to come.

To send flowers to the family or plant a tree in memory of Diana Day (Freeman), please visit Tribute Store