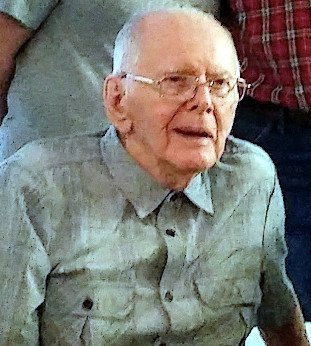 Born in Columbiana County, Ohio to the late Francis M. and Hilda J. Althar on July 4, 1925.Cline spent his early years in Lisbon, Ohio working various jobs including driving a truck, working on a pipeline, construction and an auto-mechanic.  He would eventually move his family to Melbourne, Florida working for the newspaper before joining PanAm and becoming a crew chief.

Cline and Marie toured the country in their airstream camper and spent many summers in West Virginia where he enjoyed 4-wheeling through the woods.  Those who knew Cline knew his garage was one that the makers of Craftsman tools would be proud of—filled with every tool imaginable—maybe even two or three of each.  Cline was an avid Nascar fan. He spent most of his later years showing up to help his friends and family whenever there was a need, attending to his wife “the boss”, and spending time with his faithful, furry companion, Haley. He enjoyed meeting up with the guys for coffee and partaking in a hot Krispy Kreme donut. Go rest high on that mountain Cline, your work on earth is done.

A celebration of life service will occur on April 7, 2021 at Ammen Funeral Home in Palm Bay beginning at 10 am. Cline will be laid to rest at Fountainhead Memorial Park following the service.

To send flowers to the family or plant a tree in memory of Cline Althar, please visit Tribute Store

Share Your Memory of
Cline
Upload Your Memory View All Memories
Be the first to upload a memory!
Share A Memory
Send Flowers