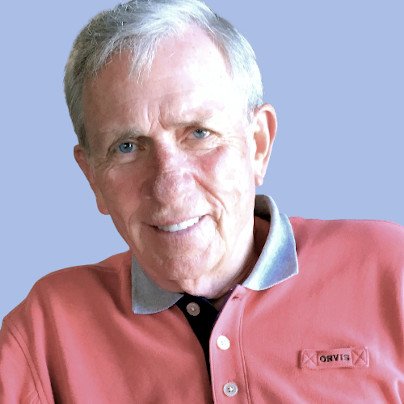 Marty was born in Norton, VA, to the late Judge Henry M. Bandy, Jr. and Marjorie Ball Bandy. He graduated from John I. Burton High School in Norton in 1963, where he established many close lifetime friendships. In 1967, he graduated from Virginia Military Institute in Lexington, VA, and was commissioned into the U.S. Air Force. He enjoyed a distinguished military career that took him to the far reaches of the globe, from a command position at Alaska’s Shemya Air Force Radar and Surveillance Station in the Aleutian Islands, to an assignment at NATO Headquarters in Brussels, Belgium. While stationed in Biloxi, MS, he completed his Master’s Degree in Telecommunications Management at Mississippi State University.  After 20 years in the military, Marty retired from the Air Force as a Lt. Colonel/Colonel-Select. His second career took him to Melbourne, FL, where he worked as a Test Support Manager on the development of the Joint STARS Program at the Joint Test Force.  Marty retired a second time in 2000.

A strong believer in the importance of exercise, Marty walked three miles almost every day.  He had a favorite walking route in each city he spent time: the Melbourne Causeway in Melbourne; the Guest River Gorge in Wise County, VA; and First Landing State Park in Virginia Beach.  Marty was a diehard Cowboys fan, following the team almost since its inception. Like many Cowboys’ fans, Marty had an ongoing, season-long love-hate relationship with “his” ‘Boys. He enjoyed reading, listening to music, and having a beer with good friends. And, anyone who knew Marty knew that he loved Corvettes, owning eight ‘Vettes during his lifetime.  He leaves behind his two current Grand Sports, Granny and Scarlet.

In 1999, while on a Thanksgiving visit to a family gathering in Coats, NC, he met Cita Broome, a Virginia Beach educator, who would become Mrs. Marty Bandy in 2001. Between Marty and Cita, they integrated and shared their families who are spread across the United States.

Marty’s family would like to sincerely thank the nursing staff in the Surgical ICU unit at Holmes Regional Medical Center and Doctors Rafael Allende and William Phipps for their compassionate care while Marty was in the hospital.

Marty was a beloved husband, father, grandfather, brother, and friend.  A Celebration of Marty’s Life will be held at a later date when social restrictions are eased. In lieu of flowers, memorial donations are welcome at Norton United Methodist Church, the Virginia Military Institute Foundation, the USO, or the charity of your choice.

Share Your Memory of
Henry
Upload Your Memory View All Memories
Be the first to upload a memory!