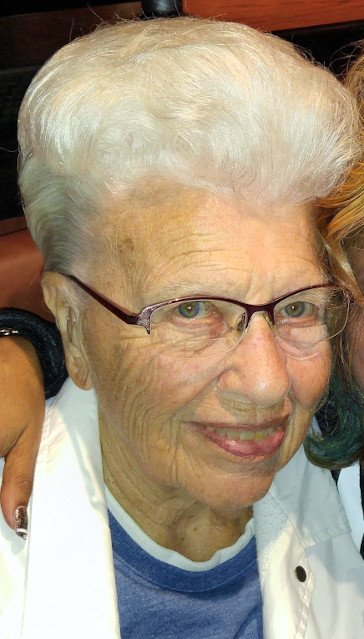 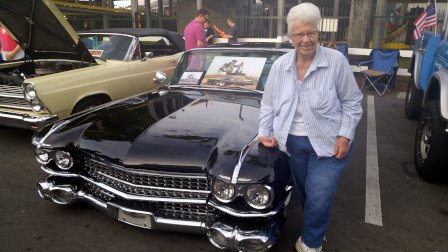 She was born in Newark New Jersey to Howard & Clara Pierce on January 6, 1930. Betty, as she was known to all, grew up in Newark and graduated from High School there. After spending summers vacationing in the Fairmount area of New Jersey, the family relocated there after Betty graduated High School.

Along with her parents, Betty and her brother Howard Jr. settled into the area and made new friends. She met her future husband of almost 70 years, Albert L. Alpaugh on Oct 10, 1947, where at a community Square Dance Al asked her to dance for the first time. Betty & Al were soon engaged and were married at Fairmount Presbyterian Church on Sept 10, 1949.

On January 8, 1951, they welcomed their first child, Lawrence Howard Alpaugh, following Larry, Judy Pierce Walling was born on August 13th 1957. Following Judy, James Robert Alpaugh was born on July 20, 1965. Jim was the third and final child of the couple.

In 1948 Betty & Al joined neighbors to start the beginnings of a new volunteer Fire Department that was much needed in Fairmount. In June of 1949 construction and fundraising was complete and the all-volunteer Fairmount Fire Company was opened. They purchased their first truck and it went into service. Being one of the founding members, Al was elected Chief of the department soon after. Betty served as the first Lady’s Auxiliary President. Together with the other members, they built a great corner stone of the community. People gathered there for fundraisers like summertime carnivals and pancake breakfasts. They volunteered endless hours over the years to make the Fire Company the success it is today. The department still has the original truck Al drove and the original building they helped construct, is still in use today. Betty & Al were active members of the fire company until 1974 when they moved to Florida.

Betty & Al purchased a “road side stand” as they were called in those days. They became the Proprietors of Al’s Lakeland Queen, a highway stop along RT 206 in Cranberry Lake, NJ. A favorite stop for commuters and truckers in the late 50’s and early 60’s. Together the two dished out hamburgers, hot dogs, ice cream and good old fashion root beer floats. They were well known for their smiles, friendly service, and very long hours, the couple had to put in to keep a business like that running. After years of owning a business and trying to maintain a family life, the couple decided to sell the stand and seek out normal 9 to 5 jobs so they could spend more time with their young family.

They built their first house on 3 acres in Fairmount. The couple both settled into Insurance Jobs with Al working for Chubb & Son in short Hills, and Betty working for a small, local agency in Long Valley. There, Betty was named Insurance Woman of the Year for the state of New Jersey for all her hard work and dedication to her clients. In the early 70’s the couple vacationed in Florida on the Space Coast. After visiting the area several times, and having been preceded by several family members relocating there, they purchased a home in Port St John in 1974 and lived out their lives there. Betty & Al wanted to enjoy the good life of Florida more and less stress of the business world. There, they bought a boat and picked up fishing in the Indian River and they were frequent fans of the old Melbourne Speedway, where they and the family met and cheered all the local drivers. They also loved going to see the Cocoa Astros baseball farm team.

Betty found part time work in a local Insurance Agency. Al found work with the Brevard County School Board where he worked as a custodian at Edgewood Jr. High in Merritt Island. After retiring, the couple wanted a little something more to fill some of their days, and with encouragement from a family member, Betty & Al purchased a small Mini Donuts and Coffee Stand located in the busy Frontenac Flea Market just south of Port St John. That’s where the couple went back to their roots, serving up tasty powdered sugar mini donuts, hot coffee, and cold drinks with that old fashioned great service and smiles that served them so well in the past. They quickly became known for their caring of all the regular customers and looked forward each week to seeing them all. That was a great job for them both because it kept them busy and still had time to enjoy the family and some down time along the way. Al & Betty enjoyed the Flea Market life so much that they sold the donut shop to a family friend and set out to travel more. As they did that, they would go to local auctions and clearance sales buying items to bring back to a table they set up to sell those items at the Flea Market. This worked great, they traveled, met new people, and made a little jingle along the way. Betty became a Hospice volunteer in Brevard. In those days, Hospice was not as organized as it is today and she would get asked to go out to individuals’ homes to render care and assist the family in any way. Betty took great pleasure in this volunteer work and her pride showed through when she spoke of this. It was her way of giving back.

They kept that life up until they were both really ready to fully retire. During their remaining years the couple enjoyed watching baseball, working outside and loved going to car shows with their Original 1929 Model A. When car shows were too far to drive the old Model A to, they joined their son Jim and his fiancée Sara, in Jim’s 1959 Cadillac going to shows for years. They seemed happiest at a great car show. They would talk about the Model A and Caddy to whoever showed interest in the cars. Together they became fixtures at these events, so much so that many people knew their names and backgrounds. People would seek them out just to talk to them, get hugs, see their smiles and check in on see how they were doing. Those people became like family and will also miss Betty, a beautiful, kind lady with a huge smile that was so contagious.

In lieu of flowers, please make a donation in her honor to St. Francis Reflections Palliative Care Center in Titusville Florida.

We miss you Betty, but we know you have found the peace, along with Al, you both were looking for.

To send flowers to the family or plant a tree in memory of Elizabeth Pierce Alpaugh, please visit Tribute Store

Share Your Memory of
Elizabeth
Upload Your Memory View All Memories
Be the first to upload a memory!
Share A Memory
Send Flowers