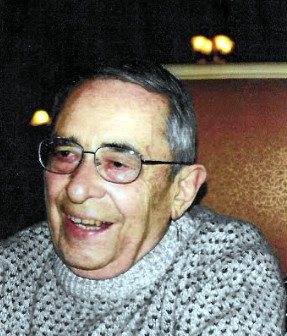 Thomas L. Lovelace Sr. passed away on February 22, 2021.  Thomas was a long time resident of Baltimore, MD. He was born December 5, 1926 to Edward and Cecelia Lovelace in Washington DC. He married Beverly Jane Hahn of Forest Park HS in 1948; He served in the US Coast Guard Merchant Marines in World War II.  He graduated from Loyola College and University of Baltimore Law School. Tom served as the Director of Transportation for the Public Service Commission of Maryland from which he retired in 1986 after 41 years of service.  Throughout that time, he also served as professor of Transportation Law at University of Baltimore.  He volunteered at Our Daily Bread for 27 years after he retired.   He was a member of Immaculate Conception Parish in Towson, MD.

In remembrance, the family asks that any charitable donations be made to Little Sisters of the Poor, 601 Maiden Choice Lane, Baltimore, MD 21228.  https://www.littlesistersofthepoorbaltimore.org

A virutal Mass was held and can be viewed at https://youtu.be/pva1T2gJQN8

Share Your Memory of
Thomas
Upload Your Memory View All Memories
Be the first to upload a memory!