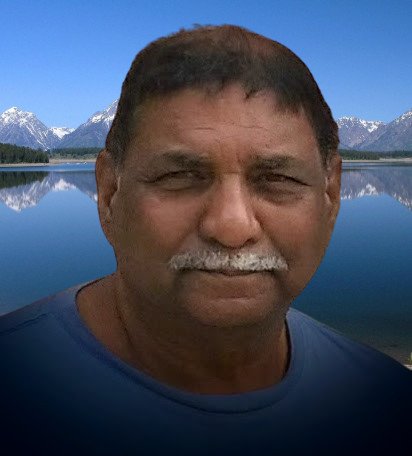 He was born in Leonora, Guyana in South America.  He was tied significantly to his East Indian roots which was a source of immense pride to him.   He later immigrated to the United States as a young man settling in New York City.   He obtained his US citizenship, making him a very proud American.  He lived the American dream and he was extremely thankful of this.

He educated himself and embarked on raising his young family.  Edward worked tirelessly in many jobs eventually leading to a job at the Mayfair Regent Hotel in New York City as a building service engineer, of which he will eventually retired from.

Edward enjoyed a lot out of life.  Before retirement he and his wife, Milosis traveled throughout the globe visiting many countries of interest to both of them.   Lots of memories were made and this was always a great topic of conversation for him.

Upon retirement, he and his wife moved to Palm Bay, Florida in 2004.   He never looked back at this move as Florida was the right climate for him.  It offered him the opportunity to tend to a yard, grow fruits and vegetables and be close to the ocean as fishing was his passion.

Edward was a tireless man.  His personality did not allow him to stay still.  He was energetic, happy, strong and a very proud man.  He tinkered around the house, fixing or building or just making things a little bit better.  He always had a solution ready to try.  No task was big or little for him.

He did have many other hobbies besides fishing, which kept him occupied.  He taught himself how to paint, Bob Ross was his teacher.  He worked out every day, eventually building a home gym with all the equipment to rival a local gym.  He tended his garden, growing fruits and veggies with some being reminiscent of his childhood in Guyana.  He also had a passion for cooking.   This passion would make him a gracious host always offering to anyone that crossed his threshold plenty of options for a fulfilling meal.

In his later years in retirement, life changes moved him and Milosis to a couple of other cities in Florida.  He lived in Miami for 7 years and had a brief stay in Kissimmee for a bit over a year.  He eventually made it back to where it all started, back to Palm Bay.  He loved this city and fell right back into what he loved.  He said this was it and he would depart this world from here as this was his last stop.   Those words would ring true 13 months later.

Edward’s faith was strong and ever glowing.  He was a Christian and was recently a member of Calvary Chapel Melbourne.  During all these years in Florida he provided good works to his church, with volunteer opportunities and his gift for prayers.   Every morning at day break, Edward would pray, not just for himself but anyone that had come across his path.  He was selfless in this task.  He journaled these prayers built on this faith.   He really enjoyed documenting his life and leaving bits of inspiring quotes all around the house.  This faith provides comfort to his family that he is in God’s grace.

Edward is survived by his wife of 30 years, Milosis Poorandatt (nee Taveras); his daughters, Julie, Sherry and Amy and grandchildren; his stepchildren, Rosalind, Janice and Juan-Carlos and step-grandchildren; his siblings, Lila (Shanta) and Bissesar and many nephews, nieces, extended family and friends.

Please consider, in lieu of flowers, planting a tree in remembrance.  Edward was an outdoorsmen and enjoyed nature.  This will be a fitting tribute to his life and legacy.

A celebration of life will be held on Saturday, March 6, 2021 at 4:00 P.M. at Ammen Family Cremation and Funeral Care 950 Malabar Road SE. Palm Bay, Florida.

To plant a tree in memory of Edward Poorandatt, please visit Tribute Store

Share Your Memory of
Edward
Upload Your Memory View All Memories
Be the first to upload a memory!
Share A Memory
Plant a Tree