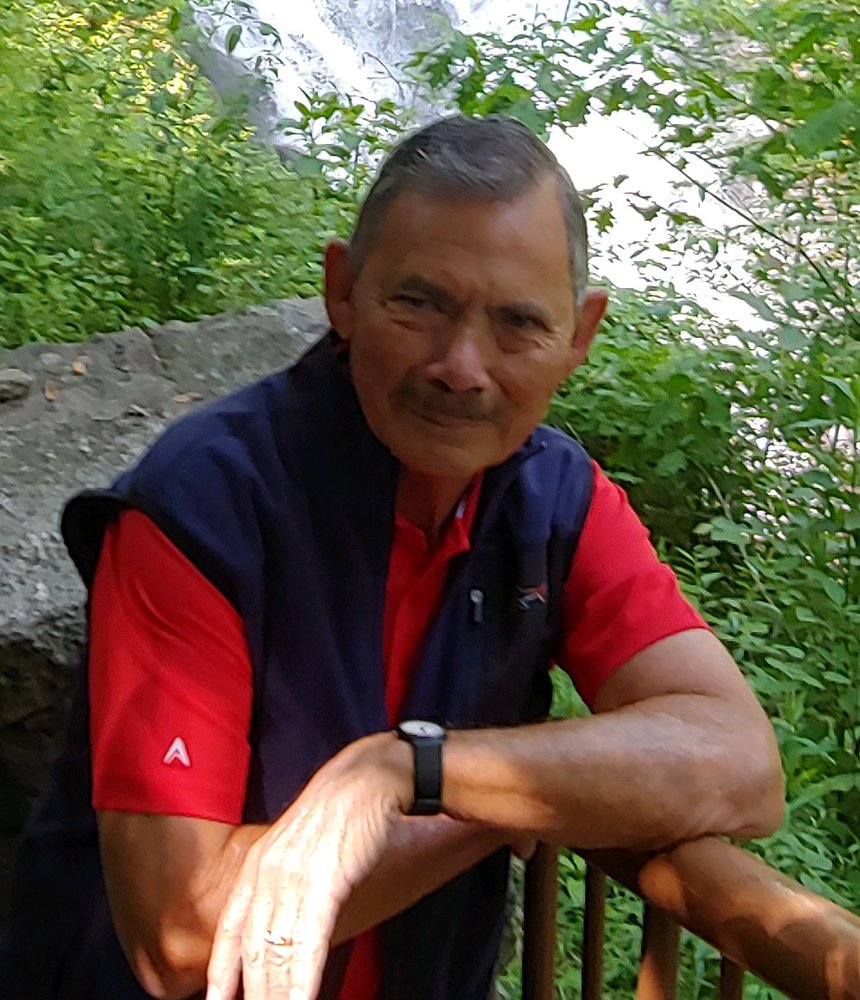 Conway was born in Savannah, Georgia January 3, 1945. His father was full blooded Chinese and Mother was a Georgia Peach. Father left China to come to America to escape communism.

He left Savannah because as he said, “he didn’t like it”. He was one year old. They moved to Miami where his father opened and operated numerous Chinese Restaurants in and around Miami and Miami Beach all his life.

Conway went to Military school from 1st grade till 7th. That’s when he became aware of girls and decided he wanted to go to public school. He always spoke well of his time in Military school. Am sure that is where he received his wonderful manners, because he did have them.

He went to college out of high school but felt he was not putting into it what his father’s money was paying for and after 2 years he left college for a stint in the Air Force where he served 5 ½ years.

After returning to Miami and reacquainting with his high school sweetheart, Linda, they married and had their daughter Victoria.

With that marriage ending in divorce he moved to Ft. Lauderdale and then to Port St. John. After 15 years of single life, he met and married Charlene (Charlie) Taylor. They dated for 3 years and married in June 21, 1997 and were married till his death and he claimed the happiest years of his life.

His life and love of sports is knows by everyone. He played baseball, softball and golf and excelled in them all. His happiest moments were those playing any kind of sports. It was in his blood.

He had various jobs after leaving the service but finally found his calling as a copy machine technician which is that he did for 35 years until he retired in 2005.

He had very funny sense of humor but you had to be pretty quick to catch it. He could come up with some pretty quick one liners and take you totally off guard. He’d just slip them in before you’d know it.

Priority in his life was God, family then self. He loved the Lord and was very dedicated to his church. He was a faithful Bible reader and tried to live a Christ like life.

His family was so important to him and he loved his children and grandchildren so very much.

Daughter Victoria was the apple of his eye and always said how smart and perfect she was.

His son Danny was his buddy and was a very important part of his life was well. The two would play softball, baseball and golf together which was always a highlight of any day with him.

Besides enjoying his sports, he loved traveling. He and wife traveled to many wonderful and interesting places such as Germany, China, Africa, Israel, and Hawaii. Visited more than half the States in the United States.

He was very loving, kind, considerate husband. One who always supported any effort or endeavor his wife chose to engage in.

He was honest, moral, loyal, and a man of character and integrity. And always a gentleman.

A Celebration of Life will be held on Wednesday, February 24, 2021 at 6:00 P.M. at Tomoka Christian Church 344 Emerson Dr. NW, Melbourne, Florida. In liue of flowers donations can be made to Tomoka Church.

Share Your Memory of
Frank Conway
Upload Your Memory View All Memories
Be the first to upload a memory!
Share A Memory
Plant a Tree