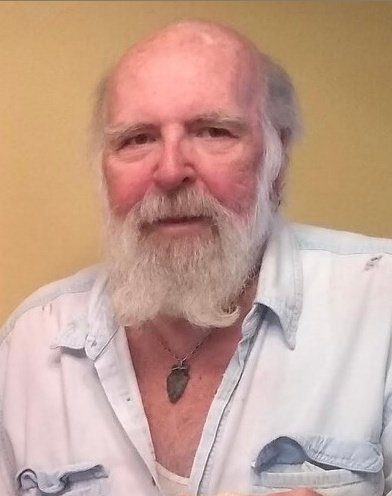 Raymond D. Hawkins, born September 18th, 1943, to Royal and Bessie Hawkins, passed on Saturday, February 13th, 2021. Raymond, or better known as Griz, or Hawk to his friends, brother, to his loving sister Joyce, Uncle Raymie to his nieces Michelle and Stacy, whom he adored, husband to the love of his life, Bonnie, and Dad, to his son Jason and daughter Robin, and Grandpa to his only granddaughter Trinity. Ray touched the lives of everyone he met and lit up whatever room he entered. A gentle giant, with a warm smile and twinkle in his eye, Ray was an imposing figure with a giant heart. An avid outdoorsman and animal lover, Ray would often take strangers under his wing to show them the art of fishing or hunting and the joy of being outside. This often-included the neighborhood kids that wandered into his yard or the children of his friends. To Ray, no one was a stranger. When he met you, you immediately were considered a friend, and he was happy to share a drink and a laugh with you, if you needed work done, he was there. If you needed a dollar, he would have given you his last one. Raymond could do anything. He built his own home, carved magnificent birds and wildlife, was a painter and artist. Ray was a master at the grill and smoker and possibly the best shot with a rifle and pistol I have ever seen in his day. I would like to think his proudest accomplishment was being a father. Ray met Bonnie 38 years ago and took on the father's role to his son Jason; in doing so, through the ups and downs (more ups), Ray and Jason were not only were father and son, they'd become best friends. My father was the kindest, best man I knew and molded me into his image. He adored his granddaughter and family and I would never tire of his stories, his voice, or his wisdom, or the way he would playfully tease mom, just to give her a huge bear hug and a kiss on the cheek. Raymond will be genuinely missed by all that knew him and will leave a hole in our hearts. Ray is survived by his wife Bonnie, sister Joyce, son Jason, daughter Robin, granddaughter Trinity, nieces Michelle and Stacy, great-nieces Samantha, Alexis, Shawna, and great-nephews Bill and Brian.

A Memorial Tree was planted for Raymond D.
We are deeply sorry for your loss ~ the staff at Ammen Family Cremation & Funeral Care | Rockledge
Join in honoring their life - plant a memorial tree
Print
Share A Memory
Plant a Tree