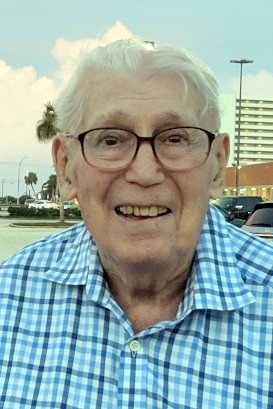 Walter Peter Makowski, 92, passed away on February 1, 2021. He was born January 6, 1929, in Wading River, Long Island, New York, to Celeste and Bronislaw Makowski, who immigrated to the United States from Poland at the turn of the twentieth century. He had four brothers. He served in the Korean War as a communications technician before entering employment with RCA Global Communications as an engineer in the early 1960s.

Walter married Helene Grodski on November 23, 1958, and made his home in Wading River, Long Island, New York, and Pittstown, New Jersey, before moving to West Melbourne, Florida, in 1993 when he retired. He was a devoted husband, father and “Jodge,” known for his festive singing of “Sto lat” at celebrations, polka dancing, and constant outgoing warmth. He was a life-long New York Yankees fan and loved fishing, jogging, and walking on the beaches of Long Island and Florida.

In lieu of flowers, the family asks that donations be made in Walter’s memory to the Salvation Army.

Share Your Memory of
Walter P.
Upload Your Memory View All Memories
Be the first to upload a memory!