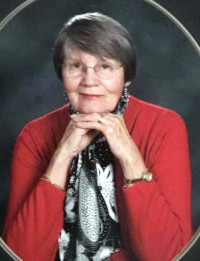 She was born in Pohlde, Germany on April 19, 1933 to Friedrich and Frida Johanna Werwach.  Johanna grew up in Bad Grund, Germany in the Harz Mountains.

During her time in Germany, she was a nutritionist until she came to the United States in January of 1959 and lived in Baltimore, Maryland where she managed Schenk's Meat & Deli grocery store until she retired and moved to Indialantic in 1988.

Johanna was active and enjoyed helping and supporting wherever she was needed with St. Marks Methodist Church in Indialantic.  She enjoyed raising a family, long walks on the beach with friends, traveling through the country and overseas, church programs including Bible Study, bus trips and social get togethers with church members. As well as playing card games with friends and family, reading books and cooking.

She was preceded by her parents, her husband, Karl Hermann Schenkelberg, her brother, Friedrich Werwach and her sister, Luise Martha Hoffman (Werwach).

Johanna is survived by her sons, Karl and Robert Schenkelberg, and her sister, Erika Illgen (Werwach).

A memorial service is planned for 3:00 pm on Saturday, February 27th at St. Marks UMC in Indialantic.  For those unable to attend, the family will be live streaming Johanna’s service. Via Facebook or YouTube. Select which platform you would like to use to view.