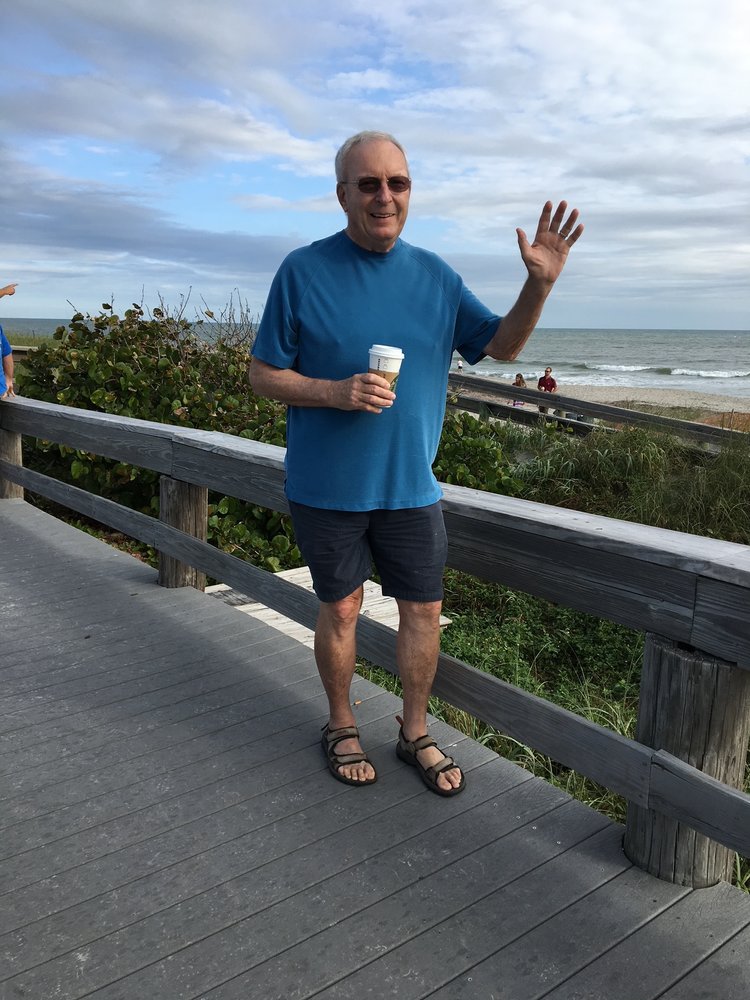 James John Coan passed away on January 18, 2021 at Holmes Regional Heart Hospital in Melbourne, Florida, at the age of 80.

Jim was born in Southwest Philadelphia and was a lifelong, practicing Catholic.  He attended Catholic school and then John Bartram High School as a boy.  He had the distinction of serving as an alter boy to Bishop McShea in Philadelphia.  He always loved playing sports, especially basketball and baseball, and later coached his daughter's various sports teams in Lansdowne, PA.  He earned numerous sports awards and trophies.

As a young man, Jim served in the U.S. Army, worked with the Gulf Oil Company, and eventually entered the roofing business and started his own sheet metal contracting company with partners.  He and Carol married in 1967 and bought a house in Lansdowne, PA, where they raised their two daughters, Bridie and Julie.  In 2014, Jim and Carol moved to Palm Bay, Florida. January 21, 2021,would have been Jim and Carol's 54th wedding anniversary.

Jim enjoyed his many longstanding friendships, some formed early in his life in Philadelphia and others more recently in Florida.  He and Carol shared a love of golfing and played regularly up until the time of his death.  They traveled to play golf, see sights, and spend time with friends and family, including to Pebble Beach, twice to Ireland, a train journey from Chicago to Seattle, Cabo San Lucas, Sedona and the Grand Canyon, Cape Cod, and Maine.

Jim will be remembered by his family and friends to be a very good man: dependable, trustworthy, and strong.  And always quick with a funny one-liner.

When conditions allow, a memorial service will be held.  In the meantime, Jim's life can be honored by sharing memories and photos as well as by making a donation to the American Heart Association.

Share Your Memory of
James John
Upload Your Memory View All Memories
Be the first to upload a memory!