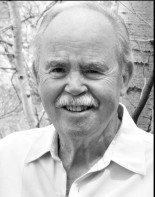 Ed is survived by his beloved wife of 43 years, DeLois Ann (Morris/Mallory) Marrotte, her two children, Teresa (Mallory) Webb and Kim Mallory, and his former spouse Sheila Burnham and their three children Kathryn Marrotte, Carolyn (Marrotte) Kell, and Patty Aichele. He will be missed by all his family, friends and seven grandchildren.

Ed attended Wilson High School in Long Beach, California (1947-1951) and graduated from UCLA in 1956.  He worked for General Electric, Essex and AMP until retiring to Melbourne, Florida.

Ed was known for his engaging sense of humor as well as his broad intellect.  His wit and sense of humor made him the center of any conversation.  He and Lois traveled the world, took cruises and drove thousands of miles in their Roadtrek throughout the US and Nova Scotia.

A private interment will be held at Florida Memorial Gardens, in Rockledge, Florida.

In lieu of flowers, donations in his memory may be made to St. Francis Reflections Lifestage Care, 1250B Brumman Place, Titusville, FL 32780.