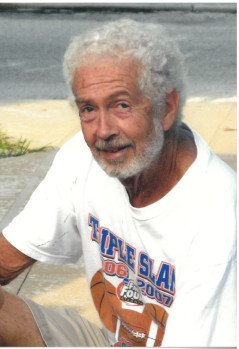 He graduated from Melbourne High in 1959 and attended the University of Florida for 2 years before serving 4 years in the United States Air Force.  He then began his 33-year career at Harris Corporation (formerly Radiation) and retired as an Engineer Technician in 2002.  Throughout his career, he contributed to the NASA and military space programs on many different projects.

He was predeceased by his sister, Connie McTaggart (Ronald).

Stan enjoyed camping with his family, hunting trips with his brother and friends, the Florida Gators, the Smokey Mountains, and sitting on the back porch with his coffee.  He completed many successful home renovations on his own from start to finish.  He will be remembered as a good, strong man that was hard-working, smart, and quick to lend a hand.  He was a quiet, gentle, and kind man who had a great sense of humor and loved his family more than anything.

Stan and Arleen met in New Orleans and always believed they were “meant to be.”  They built a wonderful life together with their daughter, Tracy.  Being a husband, Dad and a Grandpa meant the world to him and he meant the world to his family.  He always had time for them, and he took great care of them.  He said he was the luckiest man alive because of his family.  Those that knew him were blessed by him and are forever grateful for him.

Due to COVID-19, his wishes were that a memorial service be held at a future date.

To send flowers to the family or plant a tree in memory of Stanley McQuiston, please visit Tribute Store

Share Your Memory of
Stanley
Upload Your Memory View All Memories
Be the first to upload a memory!
Share A Memory
Send Flowers