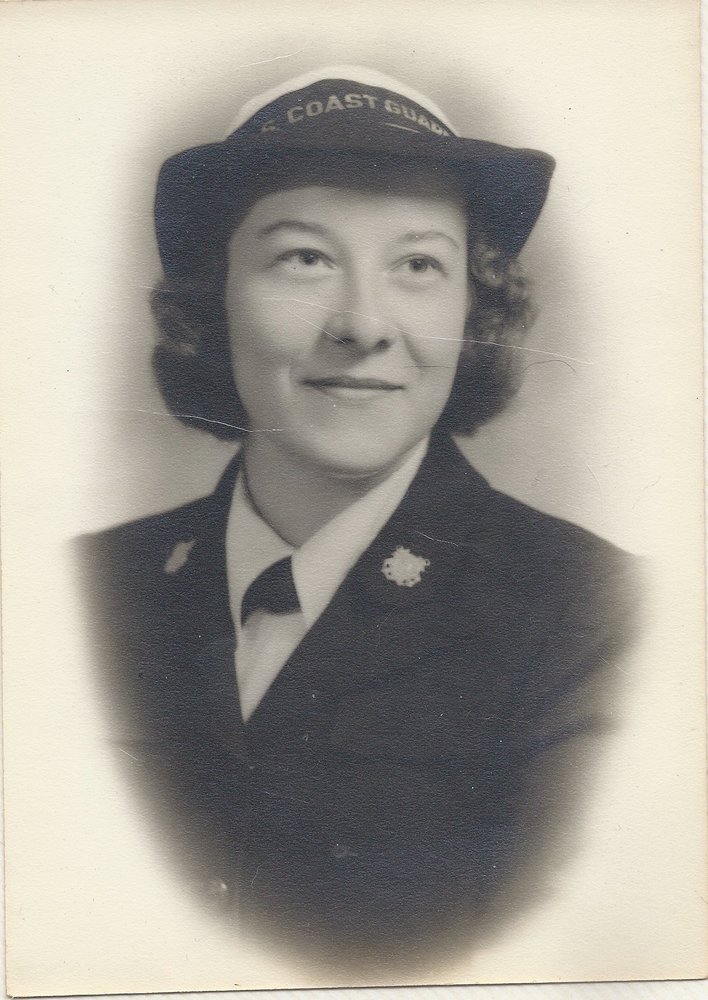 Barbara Barber, affectionately known as Barbara Barber from Indian Harbour Beach, passed away on December 6, 2020.  Barbara was born in Wrentham, MA on November 24, 1922 to Walter Francis Mullen, and Harriette Reed Mullen. In her youth, at age 10, she was the 4-H Dress Revue winner, and spent her high school years as a junior 4-H leader.  She graduated from Wrentham High School and joined the United States Coast Guard in 1943 as a SPAR.  She was honorably discharged in 1946, holding the rank of Petty Officer, 1st Class.  She married Joseph Barber of Warren, Rhode Island, and had four children.

She and her husband moved to the growing community of Indian Harbour Beach in 1961.  She was very active in her new community, and when it comes to accomplishments, she could probably win a hands-down award as community worker, nurse, part-time collegian, homemaker, mother and youth leader.  She was a charter member of In-Har-Bee (IHB) Garden Club, serving as president for several years.  She was the Den Mother for Cub Pack 336.   She served on the first IHB Homeowner’s Association, worked with the Indian Harbour Beach Junior Youth Group, and for five years served as an organizational leader at Ocean Breeze Elementary.  She was a charter member and treasurer of the Ladies Auxiliary of the Fleet Reserve Association, Cape Canaveral Unit 263.  She helped form the 4-H group in Indian Harbour Beach, she was a club leader, and received the 4-H Alumni Recognition Award.  Barbara was a registered nurse, graduating from Brevard Community College, in 1971.  Even though she was years older than her classmates she was very popular in her class so much so they asked her to design a class pin for them.  And with characteristic enthusiasm, she sketched up a storm of ideas.  She was the first enterostomal therapist in Brevard County training at the Cleveland Clinic.  As a nurse, Barbara worked in the areas of geriatrics and mental health.

Barbara was a devoted mother, grandmother, aunt, daughter, sister, and friend to many, always willing to help anyone.  Her door was always open.  She enjoyed fishing, sewing, knitting, crocheting, and quilting, and made many items for her family and friends.  Barbara was an avid gardener and always had a beautiful yard.

In her retirement, volunteered at Palm Bay Hospital.  She enjoyed sitting on the back porch, watching the birds in the bird bath, and the butterflies in the yard, as well as light travel.

In lieu of flowers, please make donations in Barbara’s memory to St. Jude Children’s Hospital, or the Salvation Army of Melbourne.

To send flowers to the family or plant a tree in memory of Barbara Barber, please visit Tribute Store