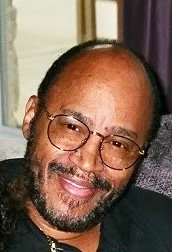 Ralph Truman Connor, 70, of Palm Bay, Florida passed away December 24, 2020 at Holmes Regional Medical Center, Melbourne, Florida. He was born on February 6, 1950 in Terrell, NC to the late L.C. Smith and Bessie Lee Connor. He married Eloise Love in April of 1968.

Ralph played varsity basketball at South Rowan High School and proudly served in the U.S. Air Force for 23 years working in Transportation and Inventory Management. To know him was to know he loved VW Bugs and his 1986 Madza truck better known as "The Little Red Truck" with over 400K miles on the odometer.

Ralph will be fondly remembered as an outgoing and gregarious father, husband, grandfather, great grandfather, father-in-law, uncle, brother and friend who's personality will be missed by all. To know him was to love him.