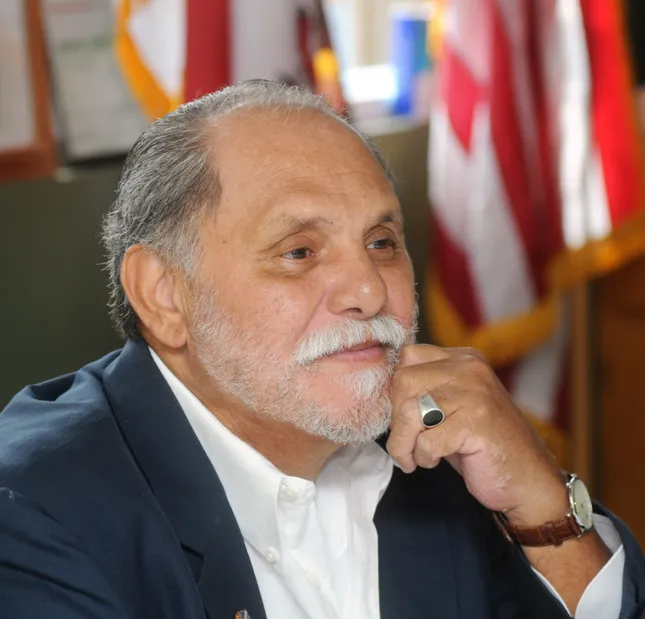 It is with a heavy heart and great sadness the family of Samuel C. Lopez announces his passing.  Mr. Lopez passed away peacefully on January 11, 2021 at his home.

Sam always made an effort to document important life moments as they happen and store this documentation for future generations. His accomplishments go beyond the norm.  In 1977, he started United Third Bridge Inc. in New York to foster a spirit of brotherhood and patriotism encouraging and supporting the advancement of all minorities while promoting equality among all.

In 2020, we celebrated the 45th Anniversary of UTB a feat that all who knew him or he had helped knew how proud he was that UTB was still helping the community while promoting education, civil rights and diversity.  Upon, moving to Melbourne, Florida he started the Puerto Rican Day Parade, which is held yearly in Palm Bay and is going on its 25th year.  It has become the largest parade in Brevard County. Through UTB he partnered with Brevard School Board to engage kids in the arts instituting art contests and promoting music and chorus.  He and Teresa started the Miss Puerto Rico Pageant and the Miss Latina Pageant to encourage young girls to get involved, learn to speak publicly and dress for success.  He also founded Brevard County's Annual Family Salsa Festival, which he brought many Puerto Rican artists and Salsa performers to our county and promoted cultural diversity.

He succeeded in naming Juan Ponce de Leon Park in Melbourne Beach, where today a statue stands representing the True Discovery of Florida; something that was dear to his heart to make sure History was corrected.  He served on Brevard County’s Historical Commission and was honored by Col. Peck to hold all evidence proving that Melbourne Beach was the actual landing of Juan Ponce de Leon, hence the Discovery of Florida. Founder of The Juan Ponce de Leon Historical Landing Site "1513 The First Landing" Project in which the documentary will be filmed.

He was a force to be reckoned with when it came to Labor and inclusion.  He advocated for minorities to be recruited and hired within the local Police Departments and government offices.  He spearheaded relief efforts for victims of Hurricane Maria and advocated for the release and family unification of immigrant detainees.

Sam was instrumental in organizing the Hispanic Community to bring Spanish Cable to Brevard.  Sam was a champion when it came to politics, he worked diligently to get Hispanics registered to Vote, joined in the fight to get Ex-Felons their rights restored for them to Vote and his efforts not only helped Brevard County but reached out to all of Central Florida and eventually was bestowed the position of Chairman of the Hispanic Summit in Central Florida.

Sam loved his fruit and vegetable garden and most important sharing with his friends.  He served God with all his heart, mind and soul.  He will be missed.

We ask that you allow the family time to grieve in private.

In lieu of flowers, we ask that you donate to UTB United Third Bridge, Inc. so we can continue to help and serve our community.

The viewing will be on Friday the 15th between 6pm to 9pm at Ammen Family Cremation and Funeral Care, 1001 South Hickory Street, Melbourne, Florida

The Church Services will be Saturday, the 16th between 10am and 12 pm at Iglesia El Sinai services to be provided by Pastor Lugo, 351 Americana Blvd, N.W. Palm Bay, Florida

Share Your Memory of
Samuel
Upload Your Memory View All Memories
Be the first to upload a memory!