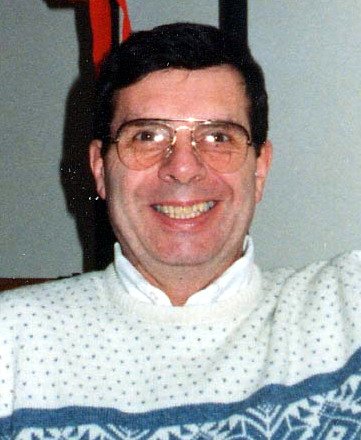 Thomas Cole was born in Shelburne, VT. and moved from VT. to Canton, MA. where he graduated from Boston University (BU) with a BA in Business/Finance; later Thomas completed an Executive Business Degree from Harvard. After graduating from BU, Mr. Cole, an ROTC graduate, joined the Air Force and became a pilot and a flight Instructor for the Air Force.

Mr. Cole was offered a job to be a commercial pilot, but decided to go into banking like his father. There he began a successful career in business as a Stock broker, Banker and Investment Advisor. Thomas worked in Chicago as a banker, then moved to the Wall Street scene in NY where he was successful as a stock broker. Thomas then moved into banking in Boston where he transitioned into becoming a very successful Investment Advisor.

During his years as an investment advisor, he was named as one of the Top 3 investment advisors in the world for three consecutive years, and was the only one from America. Full page articles were written about the Thomas in Times, Money and Forbes magazines. This resulted in Mr. Cole being contacted by the Grumman Aerospace Corporation, where he joined their Executive Leadership team as Corporate Vice-President of Finance. He held that position from 1979-1982, after which he returned to banking, to become President of the First National Bank of NY.

Mr. Cole retired in 1987, to move to FL. so he could spend more time with his wife, and true love, who needed the warm climate to help her cope with back pain she had for years. Thomas decided to take up painting to fill time, and became a very good watercolor painter/artist, who loved painting pictures mom would pick out, or pictures of hunting or fishing scenes that tied back to his youth as a young man from VT. who loved to hunt, fish or just be out in the woods. Thomas also became quite the orchid grower. He had them blooming all over the house, and on almost every tree in their yard so mom could see the flowers blooming and enjoy the scents some orchids have, as well as the beautiful colors.

Thomas, dad or pops, as Marsh called him, was a loving father, leader and encourager at home. He was a leader in cub scouts, a scoutmaster in Boy Scouts for his son’s, and loved going camping and hiking with the scouts anywhere. Every year he would take us for two weeks into the woods in ME., where we camped, canoed and fished with dad. He was always positive and looked for ways to teach and encourage us in who you are. He could be tough, but was always calm and very soft spoken in every situation no matter what.

Thomas ‘Dad’, was a husband for 61 years to the late Shirley (Mackey) Cole, and his son, Randall M. Cole who both preceded Thomas in death. He will be missed by his daughter, Lisa Ann Cole, his two sons, Russell T. Cole of Satellite Beach, FL., and Marshall S. Cole of Hepzibah, GA.; daughters-in-law Maureen and Sandy, his grandchildren, Christopher, Bradford, Jonathan, Noel, Valerie, Thomas, Mackenzie, Jessica, Joshua, Jessica, Jordan, Jami-Lynn and Jeromy, and his great-grandchildren Kiera, Logan and Kailey.

To honor our father, a celebration of life service will be held at 11:00am., on Jan. 30th at Destiny Christian Church, in Merritt Island, FL.

Share Your Memory of
Thomas
Upload Your Memory View All Memories
Be the first to upload a memory!