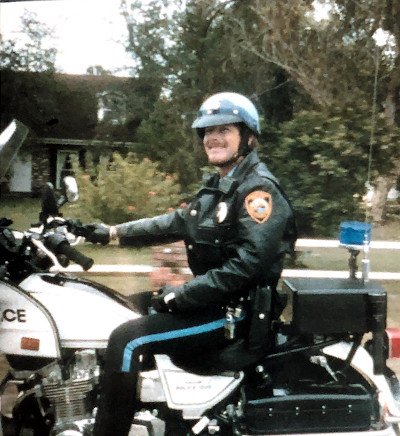 Marshall Blayne Doyle was born May 10, 1951 in Grinnell, IA to William and Marjorie (Mitchell) Doyle. Blayne died December 19, 2020 at his home in Malabar, FL holding hands with his children.

The Doyle’s spent time living in Grinnell and Iowa City, IA, Papillion, NE and Mendham, NJ. Most of Blayne’s formative years were spent in Papillion.

After graduating high school in 1969 in New Jersey, Blayne returned to Papillion to become a grown up. This is where he started his career and his family.

Blayne had a love and zest for life. He was as ornery and stubborn as they come. He had a love of fishing, motorcycles, flying airplanes and helicopters, scuba diving, go-karting, ATV’s, guns, Jeeps, telling tall tales over a cup of coffee and making sure the people around him were taken care of.

Blayne’s was a life that was very well lived.

Blayne is preceded in death by his parents, his sister Ann, nephews Patrick and Eric.

Blayne’s ashes will be spread in Grinnell, IA Anchorage, AK and Moab, UT.

The family will receive friends on December 28, 2020 from 4-8pm for a celebration of life and “Blayne stories” at Masters Stables, 10675 141st Avenue in Fellsmere, FL.

Due to Covid the family understands people may be unable to travel. A live stream link will be posted on Blayne’s Caringbridge page.  Cards may be sent to The Doyle Family 1917 Walnut Street, West Des Moines, IA 50265.

In lieu of flowers, donations may be made to the Indian River Lagoon Clam Restoration Project or via Venmo Kathryn-Doyle-16 for a donation in Blayne’s honor.

In his life, he had been shot and stabbed; in automobile, motorcycle & airplane accidents; and been in more than his share of life threatening situations; but Blayne died when he rushed into a burning building to save a litter of orange kittens. Or maybe not. We all know how he liked to tell stories.

To send flowers to the family or plant a tree in memory of Marshall Doyle, please visit Tribute Store

Share Your Memory of
Marshall
Upload Your Memory View All Memories
Be the first to upload a memory!
Share A Memory
Send Flowers