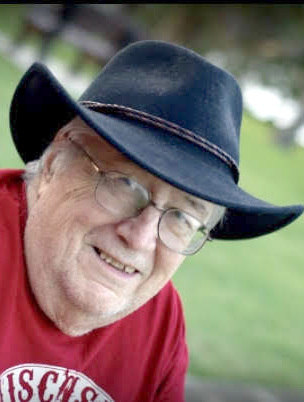 Robert G. Ahonen, 88, was surrounded by family as he peacefully passed away on Tuesday, December 15, 2020, at the Melbourne Terrace Rehabilitation Facility in Melbourne, Florida.

Robert (Bob) was born May 25, 1932, in Ironwood, Michigan, the eldest child of Nestor and Lena (Vittone) Ahonen.  As a child, he attended school in Kimball, Phillips, and Prentice, Wisconsin.  After high school, Bob enlisted in the United States Air Force and served from 1950 to 1954 and was stationed in Sembach, Germany.

Bob married Carol Jean Hanson of Rice Lake, Wisconsin on September 7, 1957, at Saint Joseph’s Church in Rice Lake. With his new bride in tow, they moved to Madison, Wisconsin where he pursued a degree in electrical engineering. During this time, the family began to grow with the birth of their first two children, Jay in 1958 and Jeff in 1959. Bob completed his studies in 1960 and the family moved to Minneapolis where he began working for General Mills. Bob accepted a position with General Dynamics in Rochester, New York, and the family moved again.  A third child, Beth Marie, was born in 1964 and the family moved back to Minneapolis, to be closer to the grandparents. Bob began working for Control Data and worked with the early UNIVAC computers. In 1965, Anthony, their third son was born. The family moved to Hurley, Wisconsin in 1972, where Bob owned and operated two businesses, Thin Film Services, and Radio Shack in Gile. The family moved again, in 1977, this time to Melbourne, Florida where Bob worked as an electrical scientist for Harris Corporation. Bob’s last child, Carrie, was born in Melbourne in 1979. In 1980, the family moved back to Minneapolis where Bob worked for Honeywell until his retirement in 1994. During his career, he was responsible for developing many patented procedures in the field of electrical engineering, and in 1992 won the prestigious Sweatt Award presented by Honeywell as their top electrical scientist worldwide.

Bob was an even tempered man who would always answer the question “How you doing, Bob?”, with “Better than average!” He didn’t let much in life deter him or get him down. He plowed through life with sisu. “Sisu” is a Finnish concept described as stoic determination, tenacity of purpose, grit, bravery, resilience, and hardiness.

Bob enjoyed working with computers, gardening, volunteering with the Boy Scouts, and fishing in his free time. He was a talented woodworker and built many pieces of beautiful furniture for his family and friends.

He was preceded in death by his parents, Nestor and Lena Ahonen.

A small ceremony for immediate family only will be held in Melbourne on December 23rd.

Bob will be greatly missed by all who knew him and his lessons of tenacity, creativity, and love will live on.

To send flowers to the family or plant a tree in memory of Robert G. Ahonen, please visit Tribute Store

Share Your Memory of
Robert G.
Upload Your Memory View All Memories
Be the first to upload a memory!
Share A Memory
Send Flowers