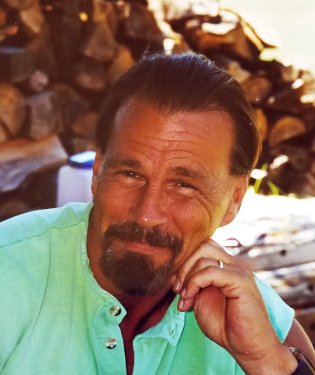 Barry Jarboe peacefully passed away on November 30, 2020 in Melbourne, Fl after a long battle with lung cancer.

Barry is predeceased by his son, Barry Louis Jarboe, Jr., affectionately known as "Sonny" who passed away in 1994, his brothers Marion, Jr. "Butchie", Robert "Bob", and Francis "Frank".

Born in Washington, D.C. on August 25, 1949, Barry was the son of the late Marion "Mernie" Jarboe, and his wife Theresa "Marie" Jarboe, also deceased. He grew up in Hyattsville, and graduated from Northwestern High School, class of 1968. After graduating, Barry went on to bravely serve his country in the U.S. Army.  Upon returning to Maryland, Barry heroically served as a D.C. firefighter in the station on Florida Avenue nicknamed "The House of Pain", before retiring to Melbourne Florida in 1994.

Barry was very proud of the horse that he and his wife Mary, owned a stake in, Lear's Princess.  Their horse won several contests, most notably the Gazelle Stakes in 2007. He loved sitting on the patio of his Florida home, listening to Classic Rock. Barry was well versed in current events, and never feared sharing his opinions. What Barry loved most in his life was his family.  He cherished the relationship that he had with his wonderful wife Mary, who selflessly cared for him in his final years.  Mary was grateful to have the constant assistance of Barry's loving son Gregg, to help her through those times. Barry will be forever missed by the family and friends who loved him so dearly.

In lieu of flowers donations can be made to Hospice of Health First, 1131 West New Haven Avenue, Melbourne, FL 32901.

Barry will be laid to rest with military honors at Cape Canaveral National Cemetery on Monday, April 12th at 2:30 pm.

To plant a tree in memory of Barry Jarboe, please visit Tribute Store
Plant a Tree
Print
Share A Memory
Plant a Tree