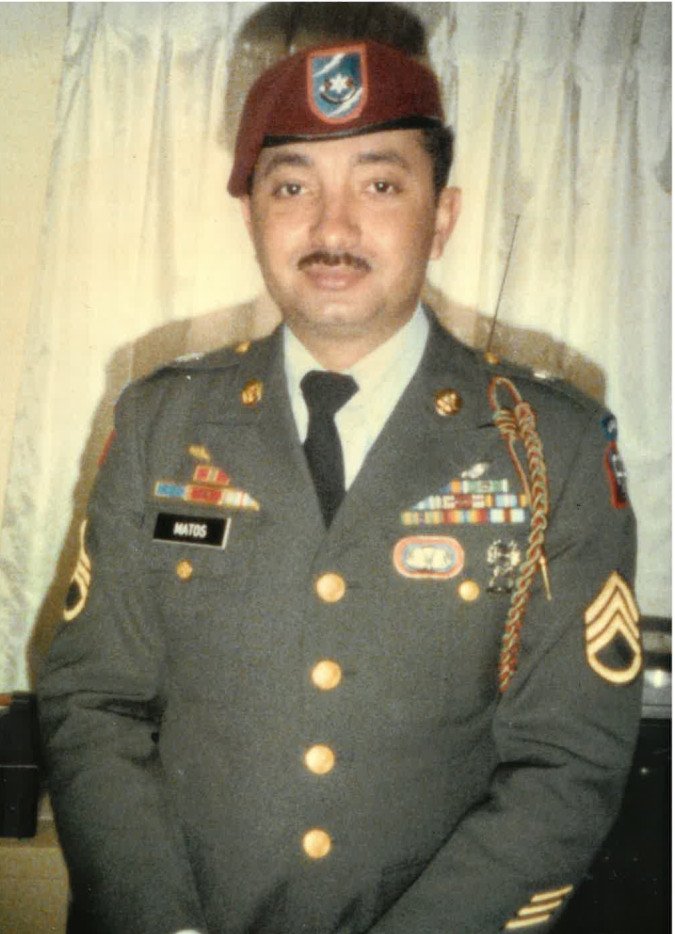 Jorge was born on April 24, 1955 in Bayamon, Puerto Rico and moved to Philadelphia in 1967. Jorge enjoyed being with his family his aunts Filomena, Carmen, and Gladys.  As much as he loved spending time with his sibling’s older brother Carmelo jr. Carmen, and younger sister Olga. Jorge especially enjoyed spending time with his cousin Herman better known as Pito, which Jorge named him because he whistled all the time. The nick name has stuck with Herman till this day…… They enjoyed roller skating at the local skate key and hanging in the neighborhood cracking jokes.

Jorge proudly served in the US Army as an Intelligence Officer and Paratrooper with the 82nd Airborne Division, for twenty years. During his Army career, he participated in several engagements: Grenada, Panama, Kuwait and Iraq, he loved being a soldier. He never imagined during serving his country that he would become a high decorative soldier, his Army satiation and awards are too long to list.

With outstanding leadership, the job always got done! No time for nonsense, “Mission First” was his mantra.

His love for his country was large, but not as great as his love for his family. Through life was tough after his tour, he never gave up. He fought every day to enjoy his life to the fullest. He instilled pride, courage, and love to all that crossed his path.

He met his beautiful soul mate in 1995, Maria aka Angelica in San Antonio, TX, it was love at first sight. They were inseparable from day one. They enjoyed their date nights and dancing the night away let us not forget traveling.

They married 2 years later, were the continued to live their life to the fullest, no matter what obstacles came in the way. Morning routine was coffee, newspaper, mostly because he loved the comics like Garfield and Archie. He spent time with their niece Kathy and Junior that became there father rather than their uncle. A bond that could not be broken.

Jorge enjoyed his old school salsa, playing his congas, raising roosters, working around the house, watching Jeopardy and loved the history channel. Let’s not forget Maury YOU ARE NOT THE FATHER!! He would die laughing.

They moved to Palm Bay in 2015, with their dog Zeus (He’s baby) the fell in love with the town. They spent their days walking on the beach with Zeus, going out to dinner and enjoying their home. They had Zeus trained to be a service dog, and Zeus was always by his side.

Preceded in death by his parents, Carmelo and Eustacia Matos, Comerio, PR, his brother Carmelo Matos, Jr. and his nephew, Jonathan Matos, both from Philadelphia, PA.

Interment with honors at Cape Canaveral National Cemetery on Thursday, December 10, 2020 at 11:00 A.M.

Share Your Memory of
Jorge L.
Upload Your Memory View All Memories
Be the first to upload a memory!