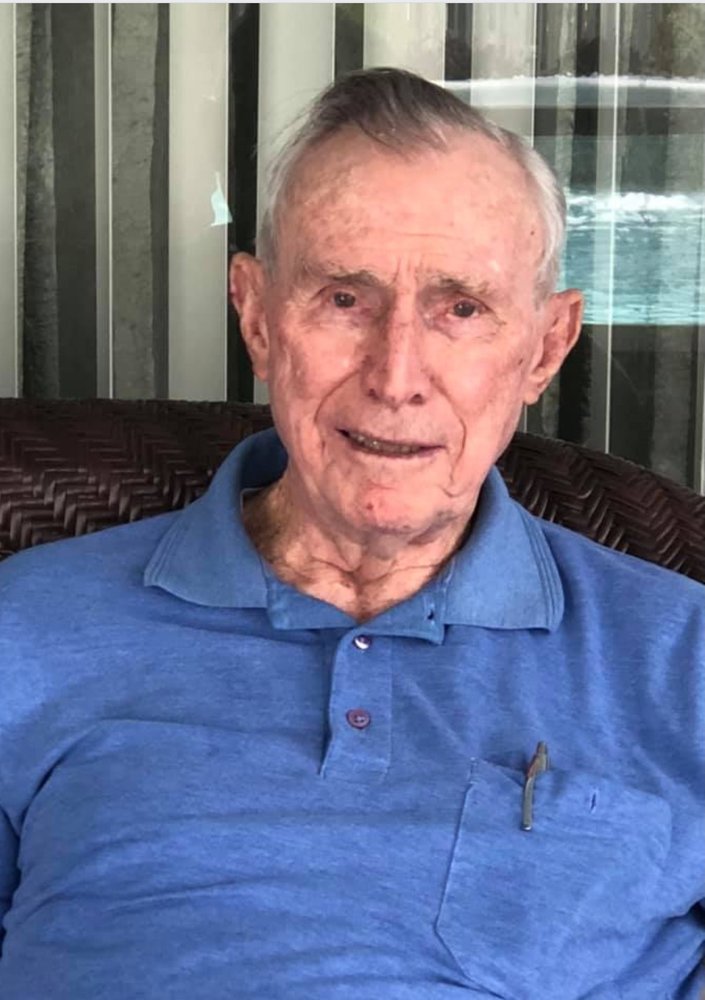 James Herbert Griffith went to be with the Lord and his dear wife of 67 years Betty on October 19th, 2020.

Jim was born on August 9, 1927 in Lebanon, Pa. to Herbert and Hilda Griffith. He was the fifth child of nine children. Raised in Reading Pa. Jim graduated from Mt. Penn High School then enlisted in the Navy. After leaving the Navy Jim went to work for Bell Tel of Pa on his 21st birthday.  Shortly afterwards, he met the love of his life Betty Lee on a blind date. They were married her on July 22nd 1950.

They had two children Tom (Margot) and David. He is also survived by grandson Jason (Libby), two great grandchildren (Bryce, Brianna) plus sisters Barbara and Rosemary and a large amount of nephews and nieces.

Jim moved to Cocoa and began working for Southern Bell January 3, 1960. He later went to work at Kennedy Space Center for Southern Bell/ATT. This moved allowed him to witness several launches from the press area as well as meeting and becoming friends with several network executives and employees. This was a life changing experience for Jim.

After retiring after 35 years, Jim went to work for ABC TV for over 22 years. This job gave Jim and Betty a chance to travel to all 50 states, most of those in their Hi-Lo trailer pulled by Jim’s trusty Suburban. Jim worked such events as the Academy Awards, super bowls, college and pro football, golf and also Presidential conventions and inaugurations.

Jim and Betty became members of Cocoa Presbyterian Church October of 1960 and stayed loyal members until their passing. Jim held several positions Elder, Deacon, Trustee and Youth Advisor with Betty. He loved singing in the choir plus all the fellowship at church.

Jim will be deeply missed by his family and friends and all the people he touched along the way.

Due to COVID-19, Jim’s celebration of life will be held next year at Cocoa Presbyterian Church. Date to be announced.

Share Your Memory of
James Herbert
Upload Your Memory View All Memories
Be the first to upload a memory!